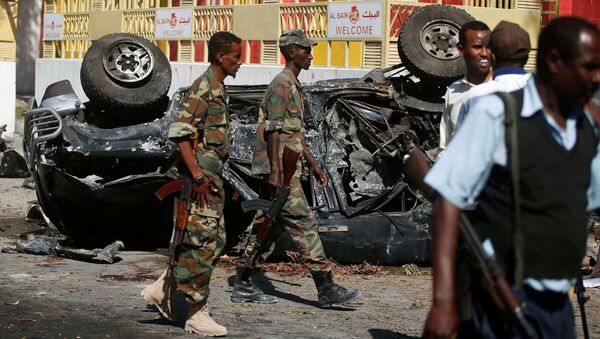 According to preliminary reports, at least five individuals, including government troops have been injured by a blast in the Hamar Jajab district, and a rescue operation is underway.

A loud blast struck Saturday morning near the port area of Mogadishu. According to authorities, a suicide bomber detonated an explosives-laden car after police opened fire at the vehicle. Colonel Ahmed Ali stated that the incident occurred near the gates to the headquarters of the motor vehicle imports duty authority.

In the meantime, several photos purportedly depicting huge smoke clouds from the blast have been posted on social media.

Photos: a Suicide attack targeted a taxes guard center in Mogadishu on Saturday morning. Seven people including 5 soldiers are wounded. Only the bomber has died, no other deaths reported. pic.twitter.com/Yv2gE58PEE

​The African country has been engulfed in a civil war between clan-based armed groups since the early 1990s. The situation has been further complicated by Al-Shabaab* militants, linked to the al-Qaeda terror group, who have staged multiple attacks in Somalia in a bid to establish a radical version of Sharia law.