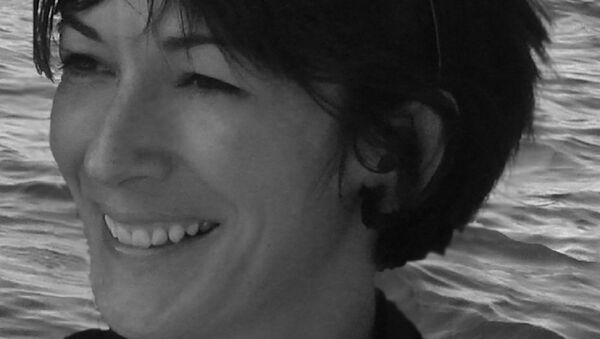 In the most recent development in the Epstein case, the FBI busted the late paedophile’s ex-partner and suspected associate Ghislaine Maxwell, who has been shunning the limelight ever since Epstein was nabbed in July 2019 on new sex trafficking charges. The lady is alleged to have procured underage girls for the financier's illegal dealings.

Jeffrey Epstein’s "pimp" Ghislaine Maxwell will "never sell out" Prince Andrew, one of her close confidantes Laura Goldman has revealed to The Telegraph.

The New York stockbroker, who has known Maxwell for several years suggested that the elusive socialite, who was finally nabbed on Thursday at her New Hampshire property, would be more likely to discuss Epstein dealings with former US President Bill Clinton and current POTUS Donald Trump than with Andrew.

"The only way she can walk is if she gives someone up, but that definitely won’t be Andrew", Goldman told the edition, which recently published a picture of Ghislaine at Buckingham Palace together with Kevin Spacey from 2002.

The confidante expressed a belief that Maxwell, Epstein’s friend and former partner, must be very "appreciative" of Andrew's support, citing her newbie experience in New York's high society and the way Andrew helped to launch her there.

"She always talks about what a true friend he is. She doesn’t see any reason to speak about him to the authorities", Goldman recounted.

Casting Doubt on the Duke of York's Position

The comments came as concerns mounted among royal circles over what implications Maxwell's arrest on Thursday could have for the 60-year-old Duke, who was reportedly introduced to the billionaire paedophile by the British socialite in 1999. Incidentally, the legal process to buy the New Hampshire estate, where Maxwell had of late been evading the public eye, reportedly started a day after Andrew's nightmare interview with the BBC in November 2019, which raised more questions about the prince's ties to the late paedophile than gave answers.

Now, pressure has been put on the Duke to talk to the FBI about his contacts with Epstein and Home Officers due to decide if the royal will be quizzed in court on the subject.

Will Maxwell Talk About Andrew?

On Friday, one former associate of Maxwell's late paedophile boyfriend Jeffrey Epstein predicted she would cooperate fully with the authorities in a bid to possibly cut her potential prison term, saying: "There’s a lot of people very worried. She knows everything".

"If Miss Maxwell decides that she is going to cooperate and talk about Prince Andrew... Prince Andrew might want to get to the prosecutors first", she pondered.

The Duke's representatives, meanwhile, have insisted he wants to "do his best", claiming he tried unsuccessfully to break the deadlock with US prosecutors three times over the past few weeks but to no avail. The comments go counter to the FBI's lamentations that the Duke, who was alleged to have had sex with one of Epstein's reported underage victims, hadn't been responding to their calls to talk on the financier's case. The prince earlier unequivocally denied having sex with a minor, saying he visited Epstein, who had already been convicted of paedophilia by then, at his upscale New York mansion but was unaware of his acquaintance's criminal dealings.

The billionaire financier’s death in August 2019 in prison a month after his arrest, ruled to be a suicide, triggered numerous conspiracy theories involving the rich and powerful that Epstein was known to have rubbed shoulders with. Among those seen in his company were Bill Clinton, Donald and Melania Trump, Prince Andrew and other politicians and businessmen.