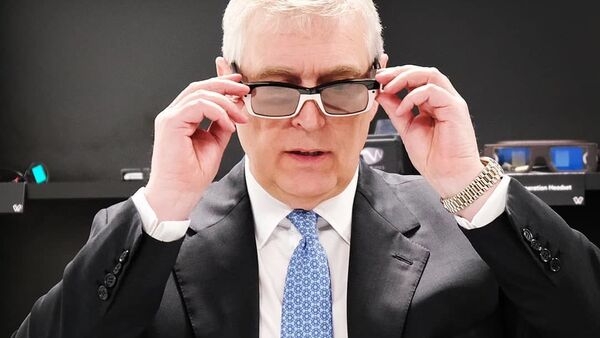 In a recent development in the Jeffrey Epstein criminal saga, kickstarted after the billionaire financier was found dead in prison in August 2019, Epstein's elusive ex-partner and confidante Ghislaine Maxwell was arrested on Thursday morning on charges she might have been personally involved in sex trafficking.

In an LBC radio interview, British Prime Minister Boris Johnson has referred to the Epstein case, saying sympathies are with the convicted paedophile's victims and adding he would not comment on the allegations targeting Prince Andrew.

He did add, however, that the US has issued no request to quiz the Duke of York on his relationship with the late billionaire, who reportedly counted Andrew among his VIP guests on a number of occasions to his New York mansion.

"Everybody's sympathies are very much with the victims of Jeffrey Epstein but you wouldn't expect me to comment on matters affecting the royal family", Johnson said. When asked what the response would be if US officials sought access to Queen Elizabeth's second son for an interview, Johnson said:

"No such approach has been made. It's a matter for the royal family. The law must carried out and the law must be observed", he stressed.

The debate over Prince Andrew's alleged ties to suspected abuser and sex trafficker Jeffrey Epstein has been reignited, with US prosecutors calling on him to speak to them after his long-time friend Ghislaine Maxwell's arrest on Thursday morning, The Times reported, citing US investigators.

US prosecutors said that the embattled Duke of York was refusing to assist the investigation and so formally requested to question him, although the Duke has insisted that he is willing to cooperate but no answer from the US authorities has arrived. A source close to the Duke's legal team said that they were "bewildered" by the prosecutors' statements because they had "twice communicated" with the Department of Justice in the past month and had received no response.

The Duke has been directly implicated in the Epstein case, as Virginia Roberts Giuffre, one of the accusers, has claimed that she was introduced to Epstein by Maxwell before being trafficked to London and forced to have sex with the Duke at Maxwell's Belgravia home.

After Maxwell's arrest, the US authorities urged the courts to turn down any potential application for bail, arguing that Ms Maxwell had "an extraordinary incentive to flee" given her eye-watering finances and international connections.

British socialite Maxwell was nabbed in New Hampshire in the US, on her vast property, with the FBI saying it has been keeping tabs on the socialite for almost a year. Her criminal case was ordered transferred to the Southern District of New York on Thursday by a federal judge in New Hampshire, where the initial indictment was filed.