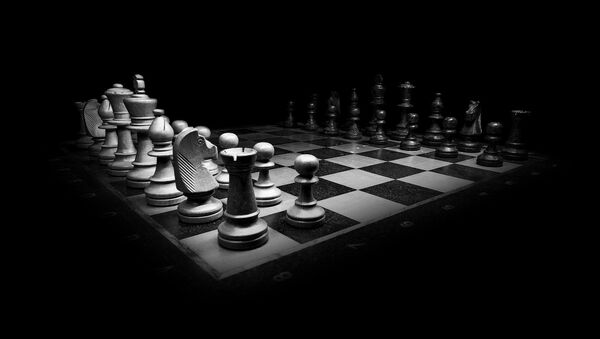 A video on a popular YouTube channel has been removed for being “harmful and dangerous”, according to the platform’s explanation. It was an innocent duscussion about chess which referred to White dominating Black.

Croatian chess player Antonio Radic believes YouTube took down his podcast after he spoke about whites being better than blacks – the pieces, not the people.

Radic posts reviews of historic and recent games to his channel on a daily basis. At present, Radic's channel has a 700,000-plus audience.

His Saturday podcast with Japanese-American chess champ Hikaru Nakamura was removed an hour and 20 minutes in.

“What happened here [is that] my video was not taken down because a human employee of YouTube said, ‘Okay, this is some harmful and dangerous content, let’s just take it down’”, Radic noted.

Rather, the player suggested, it was the platform’s algorithm that discerned some words deemed “inappropriate” and automatically took down the video.

Radic said the algorithm may have noted “talk of racism” in his narrations of chess games, as in: “If black goes to D6 instead of C6, white will always be better".

“And then maybe with the current situation in the world, if it hears something like ‘white will always be better’, it might flag this video as inappropriate, harmful, or dangerous and take it down”.

If that was the case, Radic sneered, the algorithm might as well target all of his 1,800 videos on the channel because they are all “pretty much black against the white to the death, every video”.

YouTube has also been cracking down on content peddling unproven coronavirus remedies and theories about the pandemic. Popular British conspiracy theorist David Icke (900,000+ subscribers) was kicked off the platform in May after pushing several claims about the virus, including one that it is linked to 5G technology.

Radic suggested that this could be another reason why his podcast was removed. He and Nakamura discussed on the podcast how chess has witnessed a revival because people have been spending more time at home.

“That’s basically it. We haven’t addressed this issue in any aspect other than that”, he insisted. “This is a chess podcast, and it’s such a shame because a lot of work went into it”.

“If such a podcast can be taken down, it’s hard to even find motivation to continue doing something like that”.

Radic’s first appeal to reinstate the video was immediately rejected, but the issue was resolved and the podcast was reinstated the following day.