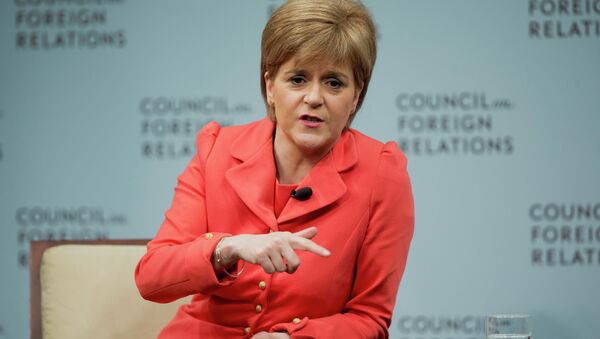 Oleg Burunov
All materialsWrite to the author
In late June, Nicola Sturgeon said that she would consider quarantining tourists arriving in Scotland from any other part of the UK and that the Scottish government’s coronavirus-related strategy was to "get as close to elimination as possible".

Scottish First Minister Nicola Sturgeon has lashed out at UK Prime Minister Boris Johnson over his remarks that there is no boundary between England and Scotland.

Slamming the remarks as "such an absurd statement" during a briefing on Wednesday, Sturgeon added that "what there definitely is, is a geographical boundary to my powers as First Minister".

"If the prime minister is questioning that now, I’m not sure what he would say if I pitched up in Newcastle and started to try to implement Scottish government policies in Newcastle. And see what I’ve just said there? It’s absurd too, which is why we shouldn’t be having these discussions", she pointed out.

Sturgeon also urged Johnson to concentrate "with an absolute laser-like focus on what we need to do within our own responsibilities and working together when necessary to stop a virus". 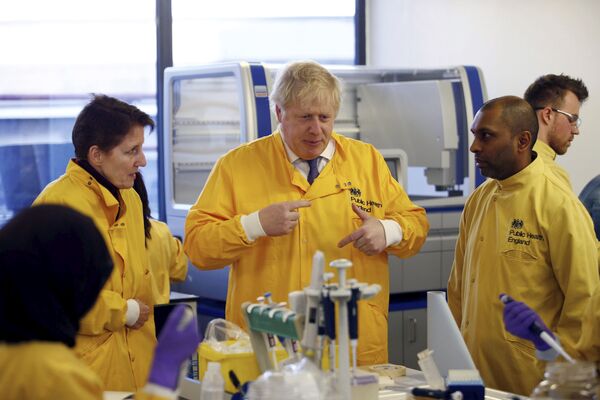 The First Minister also touched upon the possibility of quarantining those who enter Scotland, saying that she will "discuss that with other administrations as appropriate" if she sees that there is a risk of COVID-19 coming to the nation from "other parts of the UK".

The remarks come after Johnson lambasted Sturgeon’s push to impose the quarantine measures on tourists travelling to Scotland, saying that "there have been no such discussions with the Scottish administration about that".

"But I would point out to [Conservative MP Andrew Bowie] what he knows very well – there is no such thing as a border between England and Scotland", the British PM added.

"It’s not the language which we should be hearing from our First Minister because it undermines the joint efforts that we’ve had in tackling COVID-19 and it’s bad for business and it’s especially bad for the tourism business", Jack argued.

This followed Sturgeon telling reporters on Monday that she is not "ruling anything out" when asked whether she would consider introducing restrictions on cross-border travel due to the coronavirus pandemic.

Over the past few weeks, the number of COVID-19 cases in Scotland has decreased as the country reopened several of its businesses which were earlier closed amid the virus lockdown.

Johnson, for his part, said that the government's handling of the COVID-19 pandemic had been "sluggish" and stressed that the failures in fighting the epidemic had made him feel like he was in a "recurring bad dream".

The number of coronavirus-related deaths in the UK per day increased by 155, to 43,730 people, while the number of cases increased by 689, to 312,654, according to the British Ministry of Health’s latest situation report.