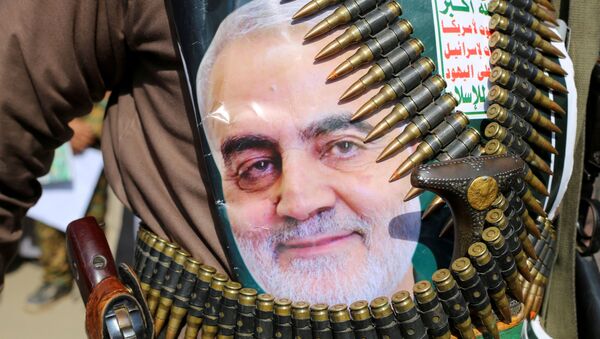 Oleg Burunov
All materialsWrite to the author
On Monday, an Interpol spokesperson cited the organisation’s rules and said that they would not consider any Iranian request for US President Trump's arrest in connection with the 3 January killing of top Iranian general Qasem Soleimani.

Iranian expert on international law Amir Hossein Nourbakhsh has insisted that there is sufficient legal basis for punishing those who were behind the assassination of high-ranking Iranian general Qasem Soleimani in early January.

Nourbakhsh, who is also Secretary General of the World Against Violence and Extremism campaign in Iran, made the remarks after Iranian authorities approved a measure to ask Interpol to put US President Donald Trump on its international red notice of wanted persons over Soleimani’s killing.

“Trump-related sentencing is based on the fact that an international crime was committed, because POTUS himself admitted to General Soleimani being killed on his order. The general was killed when on duty, namely, a terrorist act was staged against him. This can be the legal basis for classifying a crime”, Nourbakhsh said.

According to the official, the US assassination of Soleimani “put the world on the brink of war”. 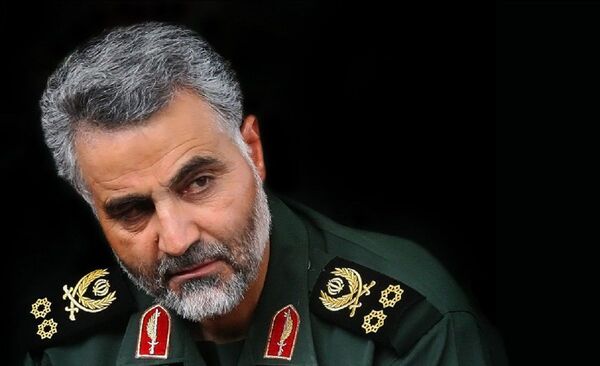 Nourbakhsh also described Interpol as “an international judicial body”, expressing regret that “from the moment the UN was created, there is still no independent international prosecutor's office that could issue an arrest warrant”.

“If Iran’s demand is met, a new international order will be created, and separate countries will no longer be able to undermine world peace and security through their voluntary actions”, he stressed, adding that the “decision depends on the global community”.

He praised Iran’s call to Interpol over Soleimani’s killing as an important step in terms of legal proceedings even though it may look like a “symbolic act”.

“It is important that the Iranian government had done what it was supposed to do. I would like to emphasise once again that US actions could have led to a full-scale regional war, and that Iran had to react to it somehow […]”, Nourbakhsh noted.

He said that being the sitting US president, Trump is protected from prosecution, but that as soon as Trump and his administration officials step down, Iran will do its best to bring them to court.

Nourbakhsh referred to “many examples in history” when senior officials were brought to justice when they no longer held their official posts.

Nourbakhsh’s remarks came after Interpol said that the organisation would not consider any Iranian request for President Trump's arrest, citing agency rules.

"In accordance with Article 3 of Interpol's Constitution, 'it is strictly forbidden for the Organisation to undertake any intervention or activities of a political, military, religious or racial character.' Therefore, if and when such requests are sent to the general secretariat […] Interpol will not consider requests of this kind", the organisation’s spokesperson pointed out.

The statement was preceded by Ali Alqasi-Mehr, Tehran’s prosecutor-general, saying on Monday that President Trump tops the list of 36 persons, including political and military figures from the US and beyond, who were involved in Soleimani’s assassination. According to the Iranian official, judicial authorities adophad ted a resolution to bring these persons to justice and to appeal to Interpol to issue red notices against them.

Qasem Soleimani, commander of Iran’s Islamic Revolutionary Guard Corps’ elite Quds Force, was killed in a US drone strike at the Baghdad International Airport on 3 January in an attack authorised by President Trump.

The general’s assassination led to a major escalation of tensions between Tehran and Washington, with Iran officially responding by launching air strikes against two Iraqi military bases housing US troops.

The strikes caused no deaths or serious injuries, but the Pentagon has since reported that at least 109 US servicemen have been diagnosed with traumatic brain injuries.