'We Want the Truth': Sweden Appoints 'Corona Commission' to Assess Its Covid-19 Response 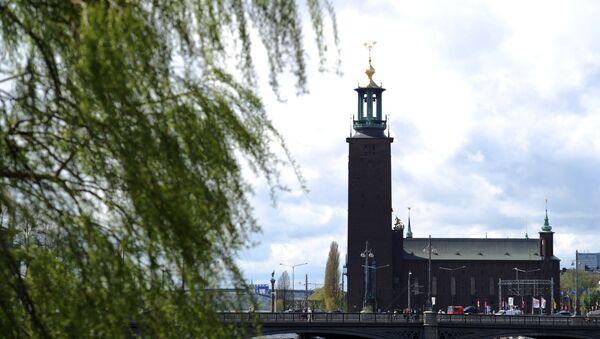 Sweden, which has seen more COVID-19 infections and fatalities than its Scandinavian peers combined, is facing a thorough probe of its controversial no-lockdown strategy, rooted in the hope of reaching herd immunity.

The Swedish government is setting up a commission to review the country's management of the coronavirus pandemic, national broadcaster SVT reported.

Sweden's maverick approach with no lockdowns, matched only by a handful of countries across the globe, has sparked a lot of internal and external criticism. For instance, Sweden Democrats leader Jimmie Åkesson went so far as to call Sweden's death toll, which exceeds that of fellow Scandinavian countries combined, a “massacre”.

“The crisis has put the flaws in our society into the spotlight. Thousands of people have died,” Prime Minister Stefan Löfven said at a press conference. “We want the truth”, Löfven said. “The idea is that we should learn something from this”.

The commission will be headed by 69-year-old Mats Melin, who previously served as Chief Justice Ombudsman, Justice Council and Chairman of the Supreme Administrative Court.

“My impression is that the society's ability to deal with crises has been increasingly questioned,” Melin said. “It is an important job to be able to learn the lessons and be better equipped for the next crisis in society, be it a pandemic or something else.”

The so-called “Corona Commission” is to evaluate the government and local authorities at the regional and municipal level and their actions during the pandemic. The commission will have six to eight members, none of whom has been appointed yet. Among them will be representatives from health care, municipalities, but also political scientists, economists and experts on ethics and crisis management, the prime minister pledged. Epidemiologists from the Public Health Authority will be conspicuously absent to avoid bias.

The first interim report will be ready already this autumn and will cover the spread of infection in healthcare and elderly care.

The opposition parties from across the entire spectrum welcomed the decision.

“We want to get the commission started as quickly as possible in order to be able to follow the real-time decisions to see what is happening,” liberal-conservative Moderate Party leader Ulf Kristersson told national broadcaster SVT.

National-conservative Sweden Democrats leader Jimmie Åkesson particularly welcomed the fact that a review of the spread of the infection in elderly care will be a central part of the commission's work.

The Left Party is also largely positive about the directives.

“We want to get an overview of how the spread has started. That is, compared to other countries, how well we managed it. It is also good that you investigate elderly care, as it is highly current all the time, she says.

Liberals leader Nyamko Sabuni wished for the commission to focus more on how the pandemic hit the socio-economically vulnerable areas.

“It can be very sensitive, because the scrutiny of the government is a key task for the commission, which will be the most politically controversial issue,” Knutsson said. He stressed that the commission is beginning its work while the pandemic rages on, which makes it difficult to draw conclusions.

Knutsson acknowledged that mortality in Sweden has been high, that elderly people and vulnerable areas have been hit disproportionately hard. The final results, to be presented before the next parliamentary election in 2022, may thus factor in. Knutsson drew parallels with the Disaster Commission appointed after the 2004 tsunami in the Indian Ocean. Its sharp criticism of the Social Democratic government largely contributed to the party's loss in 2006, he concluded.

With no lockdowns and only minor restrictions in place, Sweden has so far seen about 68,500 confirmed COVID-19 cases and over 5,300 deaths (most of them in the over-75 age bracket), more than its Nordic cousins combined. The World Health Organisation keeps Sweden in its list of high-risk countries, due to the consistently high proportion of positive tests. The vast spread of the infection has effectively isolated Sweden, robbing it of important tourism revenues.