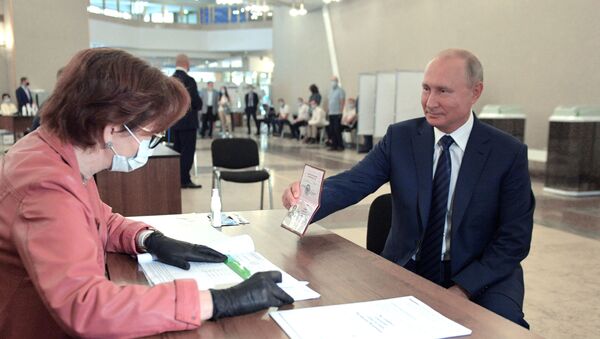 While the Russian president wasn't wearing a face mask or gloves when he voted, the interior of the polling station was thoroughly disinfected prior to his arrival.

The president arrived at a polling station at the Russian Academy of Sciences in Moscow where he presented his papers and proceeded to vote just like thousands of other voters across the country.

The president did not wear a face mask or gloves as he voted, but the interior of the voting station was thoroughly disinfected prior to his arrival. 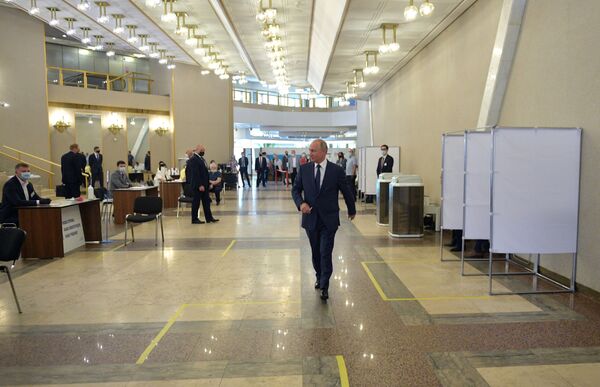 One of the staff at the station also confirmed that, just like all Muscovites participating in the vote, the president was given a gift set consisting of a pen, a badge, a bracelet, a calendar and a ticket to the “Million Prizes” - a program that allows participants to potentially win a voucher that can be exchanged for various goods and services. 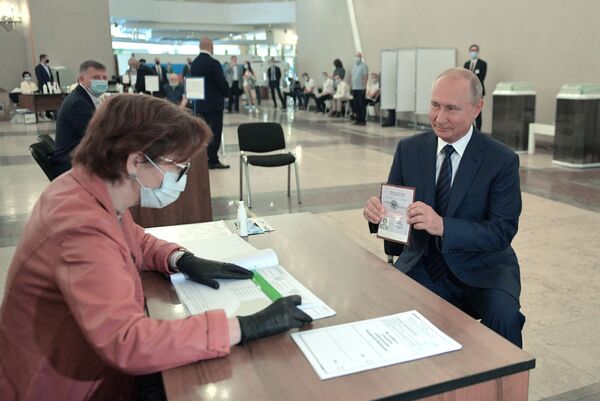 Russian President Vladimir Putin takes part in the consitutional amendment vote on 1 July, 2020.
© Sputnik / Alexei Druzhinin
/
Go to the mediabank
Newsfeed
0
Access to the chat has been blocked for violating the rules . You will be able to participate again through:∞. If you do not agree with the blocking, please use the feedback form
The discussion is closed. You can participate in the discussion within 24 hours after the publication of the article.
To participate in the discussion
log in or register
loader
Chats
Заголовок открываемого материала