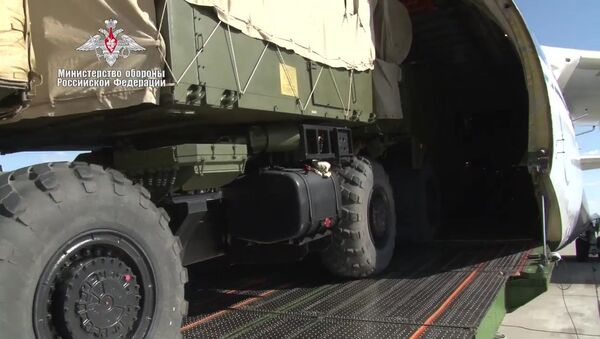 US Republican Senator John Thune has proposed to purchase Russian S-400s from Turkey as evidenced by an amendment to the draft law on budgetary allocations for 2021. But the document did not indicate whether Ankara has either the desire or right to resell the weapons without Moscow's permission.

Senate Foreign Relations Committee Chairman Jim Risch has proposed an amendment that would impose sanctions against Turkey under the Countering America's Adversaries Through Sanctions Act.

In an interview with Sputnik, retired Turkish Air Force Lieutenant-General Erdogan Karakus commented on Washington’s proposal, expressing his opinion on how feasible such an amendment is with regard to Russian air defence systems.

According to Karakus, the US rhetoric on Turkey's use of S-400 systems is related to Washington's desire to push Turkey and Russia against each other.

“The US goal is to disrupt Turkey and Russia’s relationship. It is trying to push the two countries against each other in Syria, Libya and several other directions. Washington's proposal for S-400 should not be accepted because otherwise, it would harm Turkish-Russian relations. This is what the US side is actually pursuing”, Karakus said.

He stressed that the US constantly undertakes such initiatives. Therefore, their recent proposal did not surprise him at all.

“This is an absolutely unacceptable proposal for Ankara. Russia put its trust in us and decided to supply us with these systems. This position of Moscow, as well as the air defence systems, is valuable for us. Therefore, Turkey should by no means lose Russia's trust because of the US. Only those states that are trusted in the international political arena are respected. And the US proposal violates the sovereignty of the country and calls into question its reliability as a partner”, Karakus said.

The retired general pointed out that the supply of S-400 to Turkey should not be perceived in terms of “who pays the money gets the system”:

“The S-400 purchase is miles away from that approach. Not everyone willing to pay money can buy these systems”.

Karakus recalled that this situation is similar to what happened with the F-35, when the Turkish side, after paying the money, faced a US refusal to supply the aircraft.

“As a result, Turkey was unable to get the F-35s it paid for. Moreover, the US Air Force carried out cosmetic repairs of these aircraft, intended to be sold to Turkey, and added them to its fleet”.

US Senator Suggests Buying Russian-Made S-400 Defence System From Turkey
According to Karakus, the most important thing for Turkey in this situation is that at least the US did not impose sanctions on Turkish companies that produce spare parts and components for these military aircraft since Turkey will receive about $10-11 billion for those, which is a very significant amount.

Karakus also stressed that we should not expect progress on the sensitive F-35 issue in Turkish-American relations before the end of the US election race.

“I believe that the US position on Turkey is largely related to the elections. Perhaps Trump, by putting pressure on Ankara, intends to gain an advantage in the elections”, he concluded.