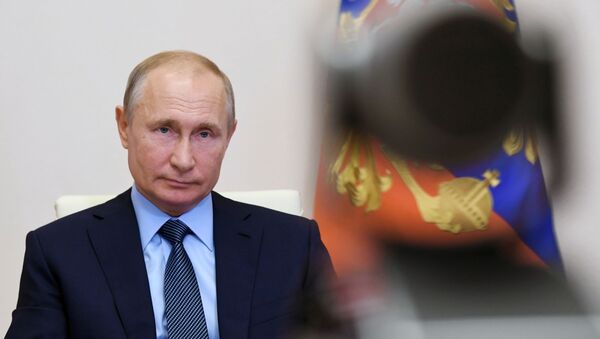 MOSCOW (Sputnik) - Russian President Vladimir Putin called on Tuesday on all the Russians to take part in the vote on amendments to the national constitution, stressing that the amendments will come into force only if citizens support them.

"Tomorrow, 1 July is the main voting day. I ask you, dear friends, to express your opinion. The voice of each of you is the most important voice," Putin said in his televised address to the nation.

"I will outline my stand once again. It is clear, unchangeable and absolutely firm: the updated constitution, all the proposed amendments will enter into force only if you approve and support them," the president added.

The vote seeks to introduce amendments to Russia’s 1993 constitution, which will include protecting the institution of marriage as the union of a man and a woman, setting children as a priority of Russia's domestic policy and an obligation to support and protect culture as the unique heritage of Russia's multi-ethnic nation. Other amendments will confirm that Russia safeguards historical truth and honors the efforts of the defenders of the motherland.

The amendments envision a limit of two consecutive six-year terms for the President of the Russian Federation. The provision applies to the president at the time the legal changes enter into force, not taking into account the number of terms previously served in this position, thus paving the way for Putin to run again after his current term ends in 2024.