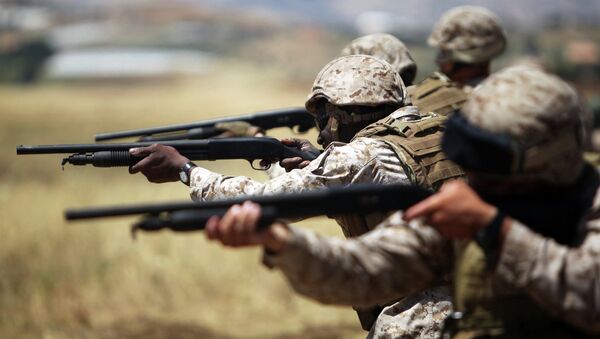 © Flickr / Marines
Subscribe
The US Marine Corps may soon have in its armory a long-range electroshock weapon that will have the capability to stun enemy targets that are located more than 100 yards away.

Dubbed the Small Arms Pulsed Electronic Tetanization at Extended Range (SPECTER), the device is presently being developed by Colorado-based arms maker Harkind Dynamics after the company was awarded funding in 2019 through the US government’s Small Business Innovation Research (SBIR) program.

SPECTER, which is being developed for the US Defense Department’s Joint Intermediate Force Capabilities Office (JIFCO), is described as a 12-gauge shotgun projectile that when fired shoots out three electrode darts that can penetrate clothing and embed themselves in one’s skin. 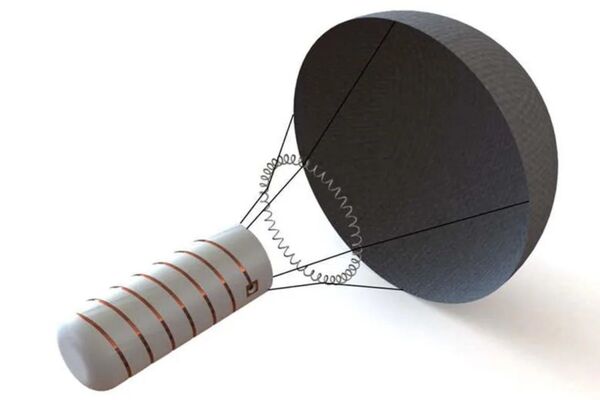 Colorado-based arms developer Harkind Dynamics is developing the Small Arms Pulsed Electronic Tetanization at Extended Range (SPECTER) for the US Marine Cops, offering a "less lethal" option that will stun enemy combatants from over 100 yards away.
© Courtesy of the Joint Intermediate Force Capabilities Office Via Stars and Strips

According to the SBIR abstract of the Harkind award, the device is expected to provide “improved aerodynamic stability, flatter trajectory, and better accuracy than larger munitions, such as 40 millimeter.”

“Additionally, higher muzzle velocities can be used, thereby increasing effective range, by employing an electrode propulsion system to propel the electrodes forward of the munition towards the target, while simultaneously reducing munition velocity prior to impact, aiding in reduction of blunt impact injury,” reads the abstract.

The company’s proposal goes on to note that the stunning device will also be fitted with a “deformable nose” in an effort to reduce the possibility of blunt force trauma.

The first phase of Harkind’s project is expected to conclude in July, according to a recent company announcement, which also detailed that the “munition can be deployed from any 12-gauge pump-action shotgun, overcoming the drawbacks of other devices, like TASERs, which have limited range and accuracy.”

SPECTER’s development comes as Marine Corps Commandant Gen. David Berger, who also serves as the executive agent of the JIFCO, has pushed to expand the service’s stock of less lethal arms that can be used in combat situations where traditional lethal force would prompt a spike in negative views of US military operations.

In a May guidance release, Berger noted that the Defense Department was heavily investing in nonlethal weapons, underscoring that “unintended consequences of lethal force can undermine [US] legitimacy.”