Now You See It, Now You Don't: Scientists Strive to Explain a Massive Star's Disappearance 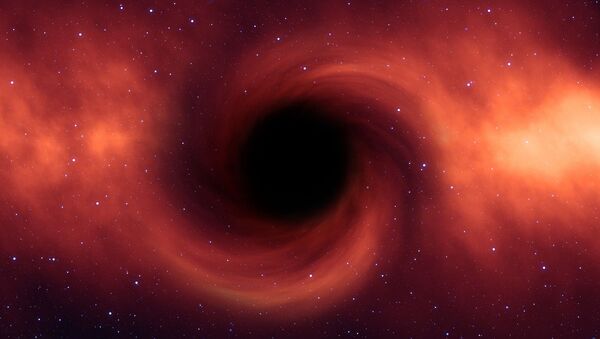 CC0 / /
Subscribe
As the astronomer team leader explained, such a huge star disappearing without a supernova explosion would be “highly unusual”.

Astronomers were left scratching their heads after the European Southern Observatory's Very Large Telescope (VLT) survey of the Kinman Dwarf galaxy last year discovered the absence of a huge unstable star that was previously discovered there, Science Daily reports.

According to the media outlet, while the Kinman Dwarf galaxy, located some 75 million light years away from our planet, is simply too far away for scientists to see individual stars located there, from 2001 to 2011, the light emitted from there "consistently showed evidence that it hosted a 'luminous blue variable' star some 2.5 million times brighter than the Sun".

In August 2019, however, astronomers using VLT's telescopes were unable to find the signs that previously pointed at the existence of that star, with a subsequent use of an “X-shooter instrument” several months later producing similar results.

"We may have detected one of the most massive stars of the local Universe going gently into the night," said Jose Groh from Trinity College Dublin, one of the members of the astronomer team that conducted this study.

At this time, researchers consider two possible explanations for the star's apparent disappearance: either the star became less luminous, perhaps becoming partially obscured by dust, or it collapsed into a black hole without a supernova explosion.

"It would be highly unusual for such a massive star to disappear without producing a bright supernova explosion," said team leader Andrew Allan, PhD student at Trinity College Dublin.

He also remarked that if that explanation is true, "this would be the first direct detection of such a monster star ending its life in this manner."