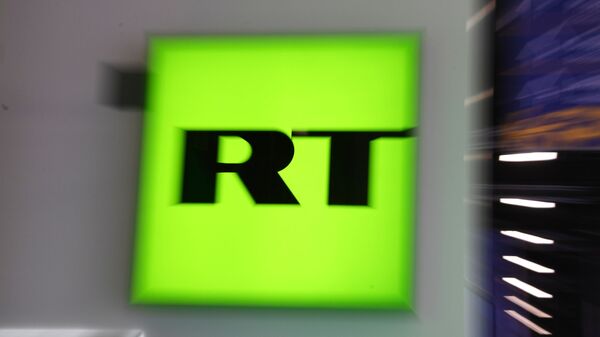 © Sputnik / Ilya Pitalev
/
Go to the photo bank
Subscribe
RIGA (Sputnik) - The Latvian National Electronic Media Council (NEPLP) said Tuesday that it was banning seven RT channels, suggesting that they are owned by Dmitry Kiselev, who is under EU sanctions, although he has nothing to do with RT and is head of another media, Rossiya Segodnya international information agency.

Latvia's Ban on Rossiya Segodnya's Baltnews.lv Attempt to Get Rid of Independent Media - Moscow
Kiselev is the director-general of Rossiya Segodnya, while RT's editor-in-chief is Margarita Simonyan, who is not under any EU sanctions. These companies are two different legal entities. The information about their legal status is open to the public.