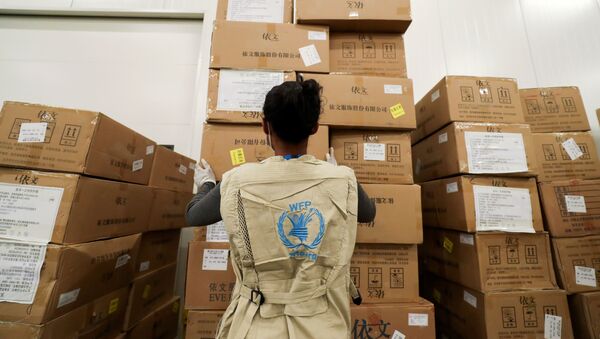 The COVID-19 pandemic has led to a “massive rise” in food insecurity around the world, the United Nations World Food Program (WFP) announced Monday, and yet, the pandemic is “not close to being over,” the World Health Organization (WHO) also warned this week.

In a Monday news release, the WFP warned that tens of millions of people will most likely go hungry this year due the COVID-19 pandemic. The agency’s estimates show that around 270 million people will face food insecurity before the year ends, which represents an 82% increase from before the pandemic swept across the globe.

“The frontline in the battle against the coronavirus is shifting from the rich world to the poor world,” David Beasley, the WFP’s executive director, said in the release. “Until the day we have a medical vaccine, food is the best vaccine against chaos. Without it, we could see increased social unrest and protests, a rise in migration, deepening conflict and widespread under-nutrition among populations that were previously immune from hunger.”

Latin American countries and nations in West, Central and Southern Africa are experiencing the most severe hunger spikes due to the pandemic.

To help prevent rising hunger, the WFP announced its plan Monday to increase the number of people it assists from 97 million last year to 138 million this year. However, such a large undertaking requires funding; the WFP has thus appealed for $4.9 billion over the next six months to help 83 countries in need of assistance.

The latest announcement comes after WHO Director-General Tedros Adhanom Ghebreyesus warned Monday that the COVID-19 pandemic is “not even close to being over,” as many countries around the world, including China and the US, experience substantial resurgences in cases.

“Although many countries have made some progress, globally, the pandemic is actually speeding up,” Tedros said during a virtual news conference from the WHO’s Geneva headquarters, CNBC reported. “We all want this to be over. We all want to get on with our lives, but the hard reality is that this is not even close to being over.”

The latest data by Worldometer shows that more than 10 million cases of the virus have been confirmed worldwide, and more than half a million people have died due to the deadly disease.

“Some countries have now experienced a resurgence of cases as they start to reopen their economies and societies. Most people remain susceptible. The virus still has a lot of room to move,” Tedros noted.

In the US, several states, including Florida, Texas, California and Arizona, reported record highs in daily new cases last week.

China, which had previously contained the disease, is also experiencing a new outbreak.

The country on Saturday placed 400,000 residents in Anxin County in Hebei Province under lockdown. Since a new outbreak in Beijing started two weeks ago, there have been at least 13 cases of COVID-19 in Anxin. Five people in Anxin were also found to be asymptomatic carriers of the virus, although asymptomatic cases are not counted in China’s official virus tally. The cases have been linked to the Xinfadi food market in Beijing’s southern Fengtai District.