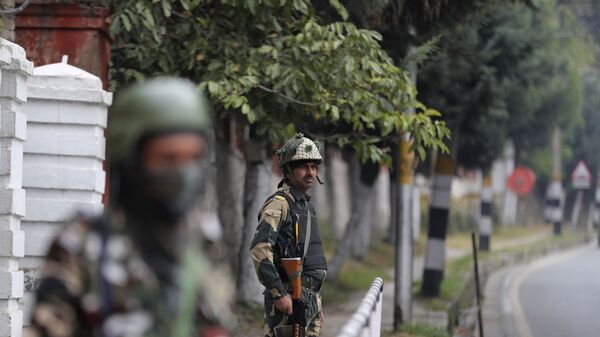 Geelani, who has been mostly under house arrest since 2010, said in an audio message: “In view of the current state of the Hurriyat Conference, I am announcing my complete dissociation from the forum. In this context I have already sent a detailed letter to all constituents of the forum.”

​Geelani’s resignation is seen as a major setback to the separatist politics of Kashmir after the abrogation of Article 370 in 2019, which stripped the state of its special status.

Geelani, who was chairman of the separatist alliance, had been facing criticism from groups in Pakistan for his failure to respond to the Indian government's move. Many questioned the silence of the separatist hardliner, who was prone to calls for protest shutdowns and election boycotts in the valley.

India's revocation of Article 370 was followed by unprecedented lockdown in the state, and the mass arrests of political leaders to curb the protests and demonstrations.

The Valley is currently witnessing a surge in terrorism. The Kashmir militancy dates back to the 1990s, when Kashmiris began demands for independence. India has accused neighbouring Pakistan, which also lays claims to the region, of infiltration and fuelling the separatist movement.