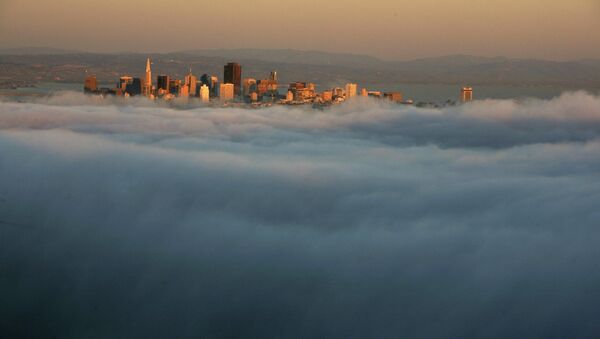 © REUTERS / Robert Galbraith
Subscribe
Luxury hotels in San Francisco have been secretly accepting homeless people, including those suffering from drug addiction and mental illnesses, under the guise of “front-line workers” amid the coronavirus pandemic, reports say.

Richie Greenberg, a former Republican candidate for San Francisco mayor, considers the entire situation bizarre and counter-intuitive and believes that this is a fraud that needs to be investigated.

Sputnik: San Francisco is surreptitiously placing homeless people in luxury hotels by designating them as emergency front-line workers, a term that the broader community understands to mean doctors, nurses, and similar professionals. Previously, there was indeed an idea to place medical workers in hotels during the peak of the pandemic in the state. But how can a homeless person be described as an emergency frontline worker?

Richie Greenberg: This is fraud, no doubt. To purposefully give the title of emergency worker to a homeless person, then create emergency laws so the public cannot request more information about this, is worthy of an investigation. Lately, several fraud and corruption scandals have hit City Hall, and I believe this will be another one, once the facts are allowed to be discussed or a lawsuit is filed to force the government to answer. Taxpayers have the right to know.

Sputnik: If neighbourhood residents were more aware of the influx of these new guests, who frequently suffer from drug addiction and severe mental illness as well as having criminal backgrounds, they might object. Consequently, the city has invoked an emergency-disaster law to keep the information private. Why is that? Why so much privacy over the issue?

Richie Greenberg: The plan, which City Hall, together with the State of California, is very controversial and relies on agreements and contracts with the many hotels. There is a lot of money involved, much more than what the City would have involved without payments to hotels and federal assistance. Once money becomes an influence, corruption occurs. In this case, City Hall wants to maintain the best image with the public, so it seems the programme is a success. But also, they don't want the names and addresses of the hotels to become public, to prevent homeless individuals from simply arriving at a hotel directly, which could attract homeless from outside the city, in an uncontrollable manner. There are indications this is actually happening, though.

Sputnik: In the end, the wildly expensive hotel plan is unlikely to help most homeless individuals achieve self-sufficient lives and won't elevate the city's most destitute districts. What could be the way out of this crisis?

Richie Greenberg: Many of us San Franciscans were suspicious of this plan even before it started. This plan was and is ridiculous! On social media, comments show distrust of the government, and I myself opposed the plan from the beginning. It may make a small change to the character of the streets and tents with needles and drug addicts, if any of those districts moved the tent-dwellers into a hotel. This seems like an alternate-reality plan: the most bizarre and counter-intuitive answer. "Let's put homeless drug addicts in luxury hotels!"

Once these coronavirus pandemic restrictions ease, we really do not want to see the homeless return to the tents on the streets. The data from homelessness outreach programmes and the city/state/federal government shows the most successful resolution is: Buying the homeless individual a bus ticket back to their home town. In San Francisco it's called the "Homeward Bound" programme and has the best rate of success of all resolutions to the crisis. A one-way ticket out of the city.

Sputnik: Who gains the most from the current situation, in your view? And who suffers the most?

Richie Greenberg: This is actually an easy question for me: Who gains? The homelessness outreach organisations who are managing these programmes, as well as hotels receiving perhaps $6,000 USD per month for each room. The homeless individuals themselves are used as pawns, they live in luxury and receive meals and services, and access to drugs if they simply go outside their hotel. Who suffers? The neighbourhoods if they deteriorate further due to prolonged presence of the homelessness, as well as the city's law-abiding taxpayers, who pay for much of the programmes, and new taxes are already being proposed for this November's election day to add taxes to fund these outrageous failures.