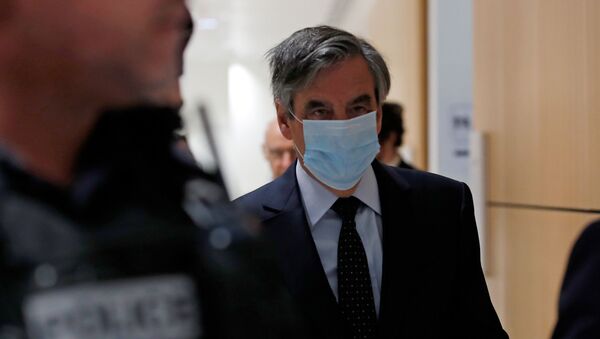 The 2017 French presidential candidate was accused of misusing more than 1 million in taxpayers’ euros to employ his wife and children in non-existent roles. Fillon and his wife have denied any wrongdoing in the case, which destroyed his political career.

His wife Penelope and Marc Joulaud, mayor of Sable in Sarthe and Fillon’s former substitute in parliament, have also been found guilty as accomplices.

The Fillons will appeal the verdict, their lawyer said minutes after the trial. The lawyer claimed that the couple were victims of a conspiracy and that they were seeking a new trial.

Francois Fillon, who was France’s prime minister from 2007 to 2012, was charged last summer with embezzlement of state funds over allegedly giving fictitious jobs to members of his family, including his wife and two of his five children.

Two of the couple’s children, Charles and Marie Fillon, were allegedly employed from 2005 to 2007 as assistants to their father, then a senator. According to the report, neither Penelope Fillon nor the children actually did their jobs, which brought the family a total of more than 1 million euros ($1.1 million). Fillon and his wife maintained that everything was above board.

The court ordered the Fillons and Joulaud to repay the money in question to the National Assembly.

The scandal broke out just three months before the presidential election, where Fillon was an early front-runner, and dented his reputation. The politician, who campaigned on a centre-right platform, dropped to third place and ultimately conceded victory to Emmanuel Macron.