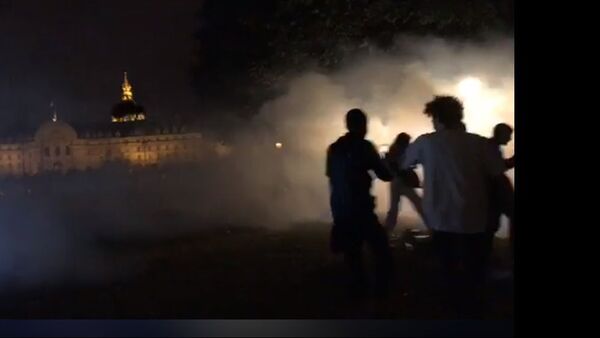 ​The call for the gathering was discreetly launched on social networks under the code name "ProjetX", in reference to the cult 2012 film Project X.

​Clashes began shortly before midnight on the lawns of the Esplanade des Invalides when young people threw stones at several police vehicles arriving at the scene.

​In turn, police used tear gas to disperse the demonstrators.