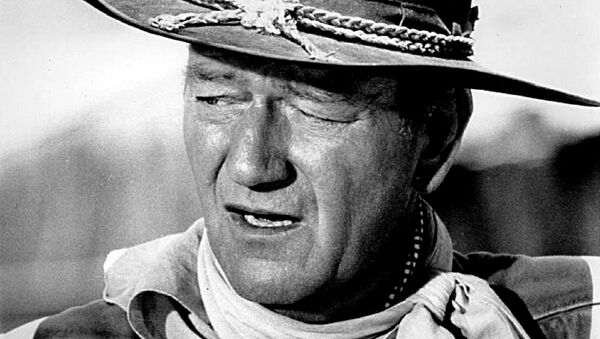 The initiative to change the name of the airport comes as the late actor is being bashed for saying, back in 1971, that he believed in "white supremacy".

The Democratic Party of Orange County has issued a resolution calling on the local Board of Supervisors to remove John Wayne's name and likenesses from the local airport over "racist and bigoted statements" the famous actor allegedly made decades ago.

The authors of the resolution insisted that "there have been numerous calls to remove John Wayne’s namesake from Orange County’s airport because of Wayne’s white supremacist, anti-LGBT, and anti-Indigenous views" that were shared by him in a 1971 interview, quoting the actor as saying that "I believe in white supremacy" and "I don’t feel guilty about the fact that five or 10 generations ago these people were slaves".

"There have been past efforts to get this done and now we’re putting our name and our backing into this to make sure there is a name change," said Ada Briceño, Chair of the Democratic Party of Orange County and one of the resolution's signees, as quoted by the Los Angeles Times.

The resolution postulates that "a national movement to remove white supremacist symbols and names is reshaping American institutions, monuments, businesses, nonprofits, sports leagues and teams”, and “the removal of racist symbols provides a necessary process for communities to remember historic acts of violence and recognize victims of oppression", thus calling to return the airport its original name – Orange County Airport.

News of this development elicited a somewhat mixed reaction online, as while some people seemed to approve of this initiative, others criticized it.

They should just drop the name. Most people just refer to it as Orange County airport anyway.

John Wayne was and is an American Icon. I'm so glad he's not alive to see this crap

John Wayne was a DRAFTDODGER too. Look it up. Get his name removed. I agree.