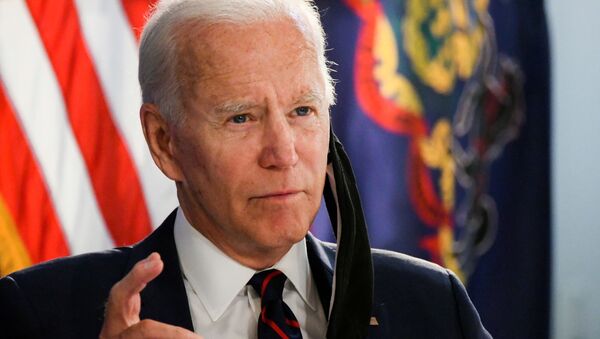 Tim Korso
All materialsWrite to the author
While Trump has already won a presidential election once despite polls suggesting he would be defeated, the discrepancy in numbers between him and his opponent, Joe Biden, is currently far greater than in 2016 between Trump and Clinton, meaning that POTUS might not succeed this time even with the Electoral College.

Presumptive Democratic nominee Joe Biden, who has been polling higher than his rival Donald Trump since May, recently reached another milestone by securing a leading position in 19 swing states, many of which gave POTUS his victory in the 2016 election. His overall lead ranges from 7% to 9%, depending on the poll, which is a wider gap than Trump had with Hillary Clinton a week ahead of voting day.

While Trump has had a lot on his hands as president in 2020 alone that could impact his ratings, it's harder to explain Biden's sudden surge in popularity. Trump's main issues are not only his coronavirus response and harsh handling of the George Floyd protests, but also a lack of new ideas for his re-election, Dr Mark Shanahan, associate professor and head of the Politics and International Relations Department at the University of Reading, indicates.

"In 2016, Trump was the disruptor: the outsider who was going to shake up DC and drain the swamp. He was the businessman who'd wrench the USA from the elites and give it back to ordinary Americans […] Asked on his recent Fox Town Hall about his priorities for the second term if he won, all he could respond with was a vague mumble about 'experience'", Shanahan says.

What does @realDonaldTrump think about taking on @JoeBiden in November?

Biden, meanwhile, doesn't "evoke wild enthusiasm" in voters, although he is less divisive than Hillary Clinton, the professor indicates. However, his stance finds a lot of support among US citizens, who have become tired of politics done Trump's way and accompanied by an array of scandals, Shanahan adds, noting that Biden is not a safe choice either, hinting at the considerable age of the Democratic candidate, who will be 81 by the end of his presidential term if he wins.

"After four years of 'Reality TV-Presidency' much of the country just wants a period of calm. Biden offers a safe pair of hands, although his choice of running mate will be highly significant since the chances are higher than normal of them having to step into the White House before Biden's term is up if he is elected", the professor concluded.

The view that Biden's popularity is linked more to people's attitude towards POTUS than the former vice president's achievements and skills is echoed by Don Debar, an American political analyst. He notes that Biden has made several attempts to run for the presidency, all of them unsuccessful, and argues that he has no positive national image and no natural public constituency within his own party. 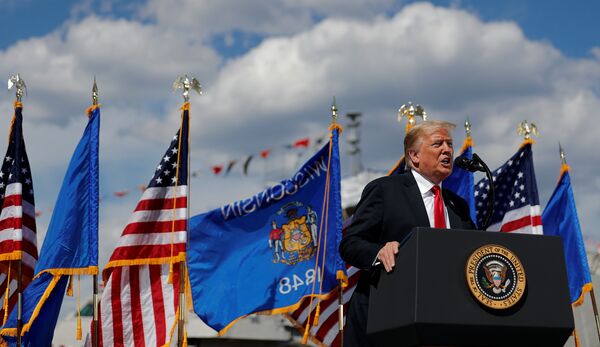 But the Democrats have created such a negative image of Trump in the eyes of their supporters that they can now feed any candidate with almost any programme to their voters, the analyst states.

"They have painted Trump as such an evil to the Democratic constituency that they assume that the Democratic candidate can take the most right wing positions imaginable, even to the right of Trump", Don Debar says.

Still, the Democratic Party goes too far in believing that they can promote any ideas, even those they have "demonised" in the past, the analyst believes. It may well happen that Democratic voters will simply skip the vote in protest against these ideas, Debar suggests, indicating that the same thing happened back in 2016.

The political analysts interviewed by Sputnik indicated that polls don't necessarily forecast the actual results of an election, pointing to past experiences. Don Debar recalls that New York Times and Siena polls, which showed Biden at least six points ahead of Trump, showed Hillary Clinton being ahead of Trump in 2016 by 7% just 10 days before the election.

A careful study of polls in swing states also showed Clinton having a "comfortable lead" over Trump in Pennsylvania, Michigan, and Wisconsin, with weaker results in Florida, Ohio, Iowa, and North Carolina throughout 2016, a political science professor at Stony Brook University, Helmut Norpoth, recalls.

"We all know what happened in the end. Trump won all of them, and some by quite a big margin", the professor adds.

Bringing up a broader timeframe, Norpoth indicates that in the 18 elections between 1948 and 2016, a candidate who was losing in the spring polls wound up winning the election nine times, meaning that despite what the respondents say, there is a 50% chance of Trump being re-elected. "Beware of state polls", the professor sums up his advice. 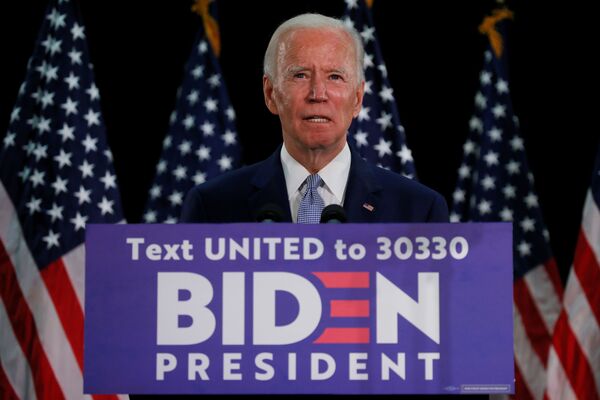 How is it possible that despite what the national polls say, a candidate with less support can end up being elected? Apart from the peculiarities of the Electoral College in the US, which gave Trump his victory in 2016, there is also something known as the "Silent Trumpers", Professor Shanahan indicates. The previous election showed that swing states are full of such voters – eager to vote for a Republican candidate, but who refuse to talk to pollsters for various reasons, Shanahan explains.

The 2020 election is over 120 days away and many things can change in the meantime. But there are no guarantees of success for either candidate, the pundits indicate. Trump is still facing the consequences of the COVID-19 pandemic and the political aftermath of the George Floyd protests, while the main card up his sleeve, strong economic growth throughout his presidency, has been lost due to the coronavirus lockdowns, the political experts explain.

At the same time, he is likely to take steps in order to flip the table in the election race in the remaining four months. Shanahan believes that while the Trump administration will be looking for a lever to restart economic growth, Trump will be searching for ways to achieve "America First success" abroad, for example, by restarting relations with China or just abusing its perceived image as the source of the coronavirus pandemic.

"[…] indeed for his base's consumption, the pandemic is branded a Chinese invention - the perfect existential threat to the USA. But we know Trump is at his best when cornered. He'll come out snarling and Biden's best advice is to act as if he's a dozen points down, not up. This race is very far from over", Professor Shanahan sums up.

Political analyst Don Debar also thinks that the first thing Trump and his team will do to change the situation will be to get the economy back on track. Most likely this will be achieved by continuing to reopen the economy despite the ongoing pandemic, in addition to other government measures. Debar doesn't exclude the possibility of a "super Keynesian stimulus" as a possible move by Trump to boost US economic growth.

Shanahan and Debar indicate that Michigan, Wisconsin, Pennsylvania, Ohio, Florida, North Carolina, and Arizona will be the key battleground states for both candidates. But the situation is currently "kind of shifting sand", Debar adds. The analyst recalls that the US Supreme Court is currently reviewing a case on so-called "faithless electors", which, if resolved by the election date, could drastically change the rules of the game, allowing elected representatives to decide for themselves whom they want to vote for at the Electoral College, instead of being obligated to vote for their pre-set candidate.

000000
Popular comments
Trump should be demanding debates -- a debate every two weeks. In a debate, voters will get to see the two candidates first-hand. The Establishment's venomous media is sliming Trump every minute of every hour, while saying nothing about Biden. A debate will force Biden to take a position, and will give Trump an opportunity to get past the media's disinformation system and reach voters directly. Trump needs to learn how to speak frankly, as one adult to another: the time for childish demagogy is past.