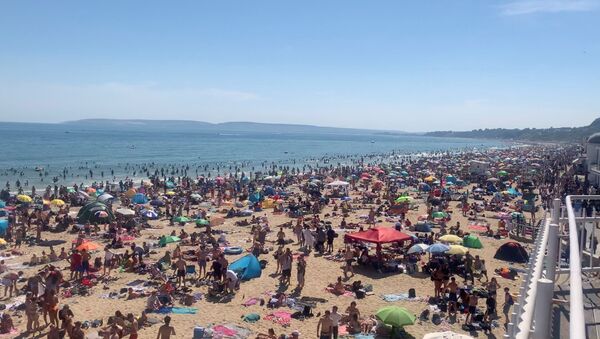 Neil Clark
All materials
The scenes of people enjoying the sunshine on Bournemouth Beach has led to a ludicrous over-reaction by those who seem to want us to stay home forever in fear of a virus which in Britain has clearly petered out.

What to do on a day of glorious sunshine and when the temperature is a tropical 33 degrees Celcius?

Answer: Throw your swimming costume, suntan lotion and a bottle of water into a rucksack and head to the coast. And that’s what lots of people did. Cue cries of "it's outrageous" from those whose entire lives seem to be spent searching for things to be outraged about.

Some background. Britain has been in "lockdown" since March. It's been a grim time. Man is a social animal, and socialising is one of the things we're told we can't do.

"Social distancing is here to stay" announced the chillingly robotic Home Secretary Priti Patel in May.

City centre pavements are marked with "Keep your distance!" signs. The level of control over the citizenry makes the old East Germany look like a libertarian's paradise. 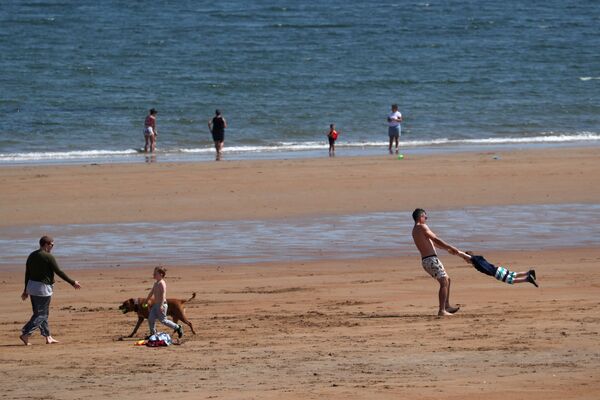 A general view of people enjoying the hot weather on the beach in St Andrews as Scotland eases lockdown restrictions following the outbreak of the coronavirus disease (COVID-19), St Andrews, Scotland, Britain, May 29, 2020.
© REUTERS / Russell Cheyne

So in the circumstances, is it surprising that many people decided on Thursday they'd had enough and set out for the "freedom" of the beaches?

The pearl-clutching New Puritans and COVID-cultists didn't like that at all. "The scenes on Bournemouth beach make Britain look like the jackass of the world", one newspaper columnist wrote.

The beachgoers were called "vile idiots" by the "absolutely appalled" Liberal Democrat leader of Bournemouth, Christchurch and Poole council, which declared a "major incident".

Now normally if you read a "major incident" had occurred you'd think there had been a terrorist attack or some other dreadful disaster. Now it seems lots of people on the beach is a "major incident". That's how crazy Britain has become under the new COVID religion.

What was normal last year now is a "major incident"...No it is not! It is still normal. Calling it a major incident is NOT normal. Great to see people acting normally and enjoying themselves.

​Some people were castigated for having a pee in public. Well, what to do when many public toilets remain closed?

Of course, there's no excuse for anyone leaving rubbish on a beach, and those who did that should be fined. But there are litter louts everywhere who don't receive this level of opprobrium.

We’re told that the "Covidiots" sunbathing on the beach were acting selfishly as they'll guarantee a "second wave" of Coronavirus. But is that likely? There were similar very venomous attacks on people going to the seaside a few weeks ago during the hot spell and there was no COVID spike. On the contrary, cases continued to fall.

In fact, getting outdoors in the sunshine is one of the best things you can do if you’re concerned about an upper respiratory tract infection. As I wrote in April, Vitamin D boosts the immune system. But what was the official government advice during the sunniest April we ever had in Britain? "Stay at Home". 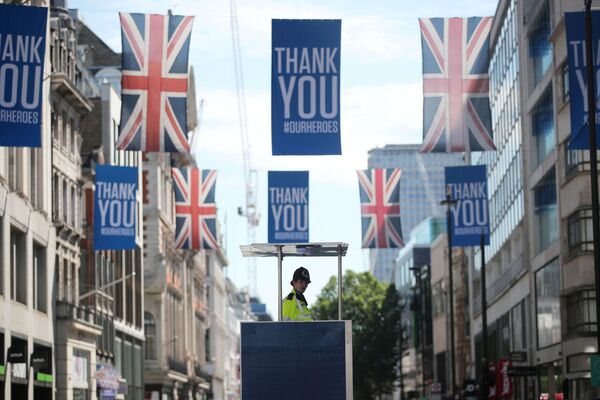 A police officer looks at shoppers at Oxford Street, amid the spread of the coronavirus disease (COVID-19) in London, Britain June 15, 2020.
© REUTERS / HANNAH MCKAY

While families going to beaches in a heatwave are snobbishly derided as "lumpen", other large groupings of people during ‘lockdown’ have received much more favourable coverage. Compare and contrast two tweets by Toby Ellwood, Tory MP for Bournemouth East. On 1st June he tweeted "We need to fix this -ASAP" above a photo of a crowded section of a beach in the south-west.

Yet just 48 hours later, the same Tobias Ellwood MP tweeted a photograph of anti-racism protestors outside Westminster with the words "Moving to see this powerful and peaceful demonstration of solidarity outside Westminster right now. Scenes like this are happening across the world. Politicians must listen".

​What kind of virus is it that can spread on west country beaches, but not in large public demos in London? What’s the ‘science’ that underpins it?

​Rather than being "idiots" the people who went to the coast yesterday actually showed they have minds of their own. They realise that the chances of catching Covid in the community are very small, that the threat of being infected outdoors on a baking hot sunny day in late June is infinitesimal.

The fact that Britain remains under draconian restrictions when other European countries are almost back to the "old" normal tells us that this is no longer about public health but controlling us and trying to make us accept a hideous  "new normal" of keeping our distance from our fellow human beings forever (or at least until a vaccine is available).

A UK govt closing beaches in the summer? What a country Britain has become: Beaches could be closed if social distancing is not observed, Matt Hancock warns https://t.co/M96EkhWpjF

​If "social distancing is here to stay" as Priti Patel has warned, Britain will become the most unhappy country in the world; that's if we're not there already.

In response to people flocking to the coast, Health Secretary Matt Hancock has said he could close beaches if social distancing is not observed and there is a spike in cases.

Soon they'll be banning the old music hall song "I do like to be beside the seaside". Can't have that as it encourages the "jackass" proles to have some fun.