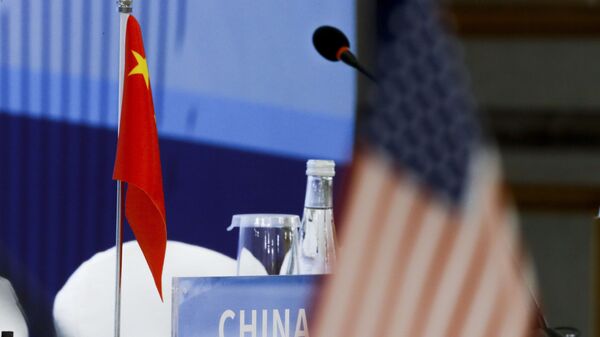 Tim Korso
All materials
The bureau has been investigating Beijing's alleged activities for quite some time and last year filed an affidavit in a federal court. The claims come in line with Washington's rhetoric of accusing China of economic and industrial espionage on unprecedented scales.

The FBI believes that the Chinese ambassador to the US and a diplomat in New York are working on recruiting American scientists to transfer to Chinese institutions and universities bringing along their knowledge of research and technology conducted in the US, a heavily redacted affidavit obtained by The Daily Beast says.

While the names of the two in the document are redacted, Cui Tiankai has been Chinese ambassador to the country since 2013. The bureau cites an anonymous individual as the source of the information, which was collaborated by the FBI's own investigation into China's alleged recruiting efforts. 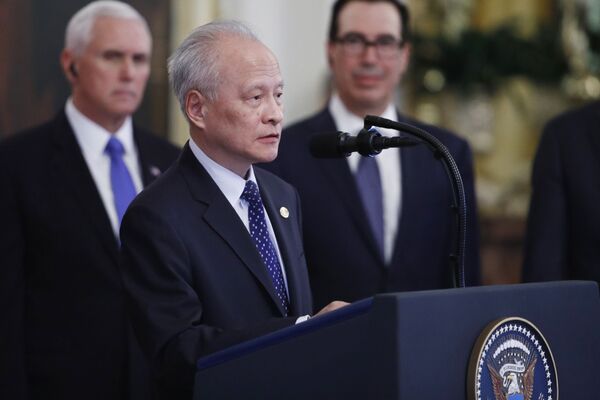 China's Ambassador to the U.S. Cui Tiankai, speaks during a signing ceremony with President Donald Trump and Chinese Vice Premier Liu He to sign "phase one" of a US China trade agreement, in the East Room of the White House, Wednesday, Jan. 15, 2020, in Washington
© AP Photo / Steve Helber

The source told the FBI the two diplomats would be present at a science summit in Boston, where they will be recruiting new scientists. The ambassador and the diplomat were not the only recruiters at that event, according to the bureau. The FBI says that a naturalised American scientist, who delivered the summit's opening remarks, has also been trying for years to convince his colleagues working in the field of molecular genetics and stem cell research to transfer to Chinese institutions.

"[The scientists] knowingly and wilfully working in the United States on behalf of government-controlled and government-directed entities […] for the purpose of recruiting high-level molecular geneticists and stem cell researchers to work at state-controlled universities and laboratories in [China], and for the purpose of acquiring and transferring […] cutting-edge molecular genetics and stem-cell research and technology", the affidavit said.

The scientist, whose name was also redacted in the document, is currently suspected of acting as an unregistered foreign agent for China, but has not been officially accused yet.

The Ceenhinese Embassy in the US vehemently denied allegations that its diplomats were participating in what the US sees as economic espionage, calling the accusations a "malicious fabrication".

US Row With China Over Intellectual Property

Washington has long been accusing China of stealing trade secrets and intellectual property from American companies via espionage and hacking, despite Beijing strongly denying these allegations. In a recent interview, FBI Director Christopher Wray shared that the bureau is running some 2,000 active investigations at the moment related to the Chinese government, allegedly trying to "steal American innovation and confidential information".

The US has specifically been fighting China's Thousand Talents Programme, designed to attract scientists from around the world to the Asian country. Back in 2018, the Department of Justice accused some 54 US scientists over not disclosing their ties with foreign governments, in most of the cases – with China.