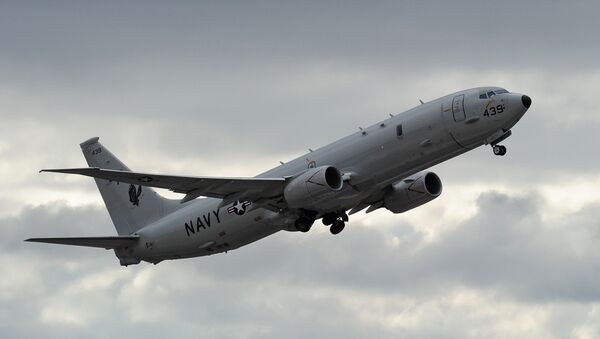 On Wednesday, four US surveillance planes and a cargo transport were spotted flying past Taiwan and over the South China Sea. However, this was just the busiest day in a string of US surveillance flights over the region.

The South China Sea Strategic Situation Probing Initiative (SCSPI), a think tank connected to Peking University’s Institute of Ocean Research, noted on Thursday that the previous day had seen four US patrol aircraft flying over the South China Sea for several hours, as well as a military transport. The planes entered and left the waterway via the Bashi Channel, a strait that separates Taiwan in the north from the Philippines' Luzon Island in the south.

SCSPI tweeted on Thursday a composite image of the flight paths of two US Navy P-8A Poseidons, a US Navy P-3C Orion and an RC-135W Rivet Joint electronic warfare and airborne control aircraft. “What a busy day!” the think tank’s account mused.

A total of four U.S. surveillance aircraft were operating near the #Bashi Channel from early morning till late afternoon on June 24. What a busy day!
2 P-8As, 1 P-3C and 1 RC-135W. pic.twitter.com/li0HRdjX85

​Then, on Thursday morning, three more aircraft were spotted: a P-8A Poseidon, an RC-135W Rivet Joint and a C-17A Globemaster III heavy military transport aircraft, which traversed the sea and landed in Thailand.

Both groups of aircraft received refueling support from KC-135 Stratotankers, too.

On the morning of June 25, U.S. P-8A and RC-135 are conducting reconnaissance in the #SouthChinaSea, staying focused on the waters east of #Bashi Channel, meanwhile, a C-17A Globemaster III is flying over the SouthChinaSea. pic.twitter.com/ILGrpzfQ8Z

​In the image, the two patrol aircraft are seen turning west, toward the Pratas Islands, a chain controlled by Taiwan but claimed - alongside Taiwan itself - by the People’s Republic of China. Sputnik has reported on rumored plans for an invasion rehearsal of the Pratas Islands by the People’s Liberation Army (PLA) on nearby Hainan later this summer. However, no firm evidence of such a plan exists, and the Chinese Defense Ministry has remained silent on the question. 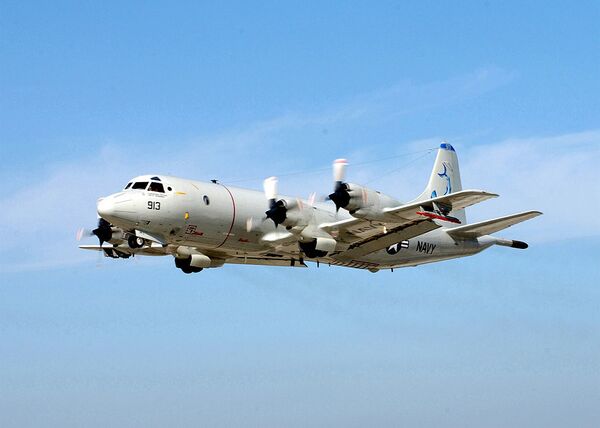 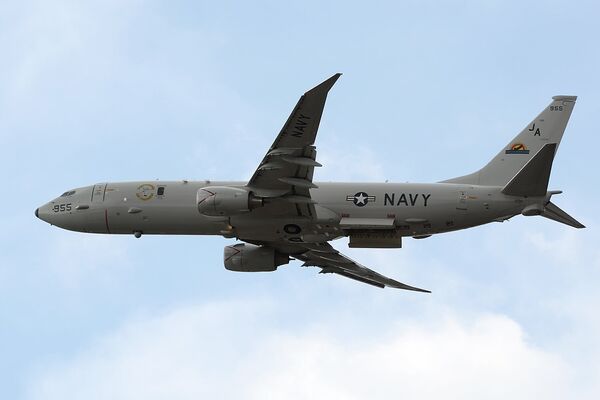 The P-8A Poseidon is among the Pentagon’s newest maritime patrol aircraft. Built to replace the aging P-3 Orion, the Poseidon carries a bevy of anti-ship and anti-submarine capabilities, alongside substantial electronic surveillance equipment. The RC-135 Rivet Joint, a modified Boeing airliner like the Poseidon, carries a wide array of electronic warfare and signals intelligence capabilities. It can also serve as an airborne targeting and control center. 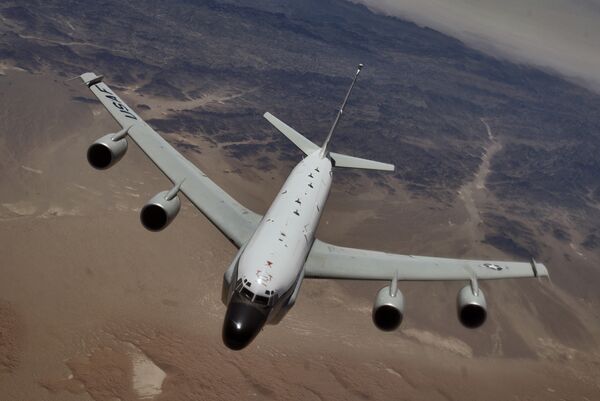 However, these are far from the only patrol flights the US has flown over the region recently. On Tuesday, two more Poseidons flew similar paths, according to SCSPI, and on Monday, a Poseidon and a special signals intelligence version of the P-3, an EP-3E Aries II, also flew into the South China Sea toward the Pratas Islands.

​The US has also dispatched four B-1B Lancer supersonic bombers to Guam, in the Phillipine Sea, in recent months. Now modified to carry the Long-Range Anti-Ship Missiles (LRASM), the Lancers are seen as a key weapon for deterring the PLA Navy in the region.

China claims control over roughly 90% of the South China Sea - claims the US not only refuses to recognize, but provocatively and regularly flaunts in brazen displays dubbed “freedom of navigation operations” (FONOPs), in which US warships sail straight through China’s claimed territorial waters. The incidents often lead to showdowns, as one FONOP in late April saw the USS Barry chased away from the Xisha Islands, which the US calls the Paracels.

The incidents are also notable because the US and Taiwan have both cried foul at Chinese aircraft flying near Taiwan in the same area, with more than half a dozen incidents occurring in the last month, according to the South China Morning Post.