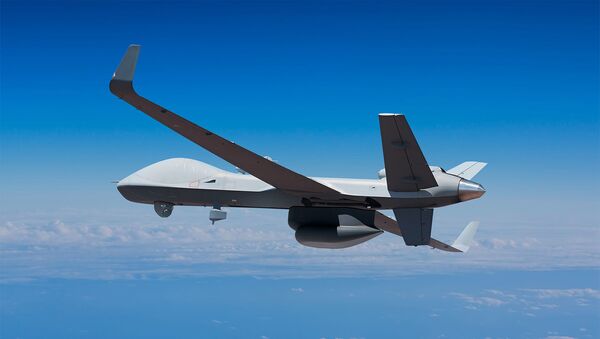 Amid tightening US Department of Defense budget constraints, the US Navy acquired its first two Reaper drones via a $26,866,441 “firm-fixed-price contract” with General Atomics on June 19, according to a Monday contract announcement issued by the Pentagon.

Group 5 UAS is the highest category of unmanned aerial vehicle classification recognized by the Pentagon. Aircraft in this category may travel at any airspeed, have a maximum gross takeoff weight that exceeds 1,320 pounds (599 kilograms) and possess a normal operating altitude of more than 18,000 feet (5,486.4 meters), according to the “Eyes of the Army” Roadmap for UAS 2010-2035.

List of unmanned air system groups, based on US Army's "Eyes of the Army" roadmap for unmanned aircraft systems.
© US Army Unmanned Aircraft Systems

Citing budget documents for fiscal years 2020 and 2021, Defense News reported that the Navy’s new Reapers were previously piloted by airmen of the US Marine Corps (USMC). The USMC pilots have provided ISR support to Task Force Southwest in Afghanistan since September 2018.

The fiscal year 2021 budget request noted that each UAS would be less expensive than a new drone; due to the used condition of the Reapers, US Naval Air Systems Command paid less than $12 million for each aircraft, according to the outlet.

This decision follows a number of suggestions put forth by the Hudson Institute, a conservative, nonprofit think tank based in Washington, DC, in its report “If You Can’t See ’em, You Can’t Shoot ’em: Improving US Intelligence, Surveillance, Reconnaissance, and Targeting,” published in November 2019.

The think tank urged the Pentagon to consider redeploying MQ-9s from the Middle East to the Pacific and “modifying them for maritime ISR.”

The US Navy was previously given the option to choose between the costly Northrop Grumman MQ-4C Triton and a navalized version of the Reaper, as part of its Broad Area Maritime Surveillance (BAMS) program. Despite the service’s decision to designate the MQ-4C as its BAMS aircraft, the Hudson Institute asserted the Navy would need to rethink its approach when it comes to the Pacific. 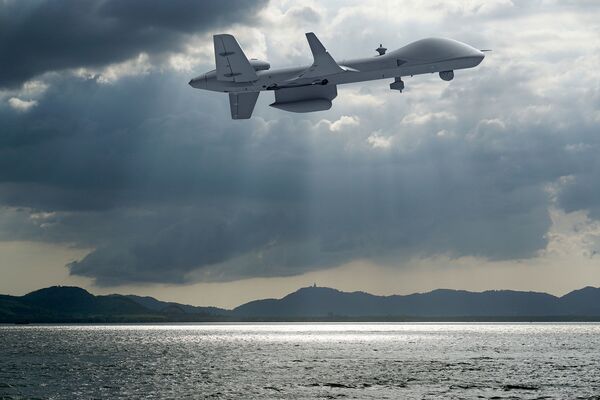 “The US Air Force possesses more than 200 MQ-9 Reapers, with many primarily allocated to operations in the Central Command AOR [area of responsibility]. As Washington winds down land operations in Afghanistan, Iraq, and Syria, DoD should consider re-missioning some portion of the air force Reaper fleet to maritime patrol ISR/T missions.”

The “cost-effective” decision, according to the think tank, would be to upgrade the US military’s existing MQ-9A Reapers to MQ-9B SeaGuardians, which come equipped with a “high-definition EO/IR [electro-optical/infrared] sensor, a multimode [360-degree] maritime surface search radar, enhanced weatherization, and an automatic identification system.”