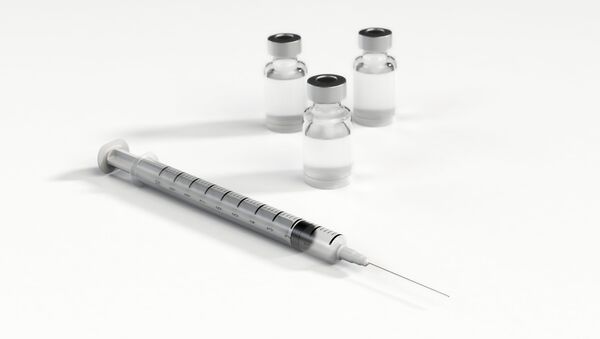 CC0 / /
Subscribe
Unless new drugs are developed, antibiotic resistance is expected to be the most common cause of death by the year 2050.

Norwegian researchers at St. Olav's hospital in Trondheim claim to have found a new drug with antibiotic effect, reportedly the first in decades.

“It was a 'Fleming-like' moment”, Marit Otterlei, cancer researcher and professor at the Norwegian University of Science and Technology (NTNU), told national broadcaster NRK. According to her, it was pure coincidence, just as when Alexander Fleming discovered the first antibiotic, penicillin, in 1928 after cell samples had been contaminated with fungi.

The researchers were originally in the pursuit of a cancer medicine, but came across a bacterial infection in a cancer test. They subsequently discovered that bacteria did not grow in the cell samples given a special medicine. Eventually, they saw that the cancer drug had antibiotic effects against several bacteria.

The drug found by the NTNU researchers is called APIM peptide and breaks down the germs in a whole new way. Not only does the drug hamper the cell's ability to copy its DNA, it also prevents the bacterium's ability to mutate. This, according to the scientists, implies great potential.

Shipworms From 60,000-Year-Old Underwater Trees Promise New Effective Antibiotics - Research
“It is very important, because bacteria have a very strong ability to mutate and adapt to the environment. This is what makes you develop resistance to antibiotics”, Otterlei explained.

Norway's leading researcher on antibiotic resistance and professor at Oslo Metropolitan University, Dag Berild, argued that these are important findings.

“I think it's very uplifting. It is obvious a project to go ahead with, and money must be put on the table”, he said, expressing hope that the innovation could lead to mass production.

So far, NTNU researchers have spent nine years on the drug, and it is estimated that it will take at least four years until it can be used on humans.

“This is very important”, Bjørn Waagsbø, chief physician and leader of the antibiotics team at St. Olav's hospital, said. “It is over 30 years since we last saw a new antibiotic, it is imperative to develop new types. This is just a new way to attack a class of bacteria that you have not had before”.

Over the decades, antibiotics have saved millions upon millions of lives. However, Fleming himself, who was awarded the Nobel prize in 1945, warned against their overuse. Today, antibiotics no longer break down all bacteria. And without new drugs, even minor infections could be fatal. According to forecasts, more will die of resistant bacteria than of cancer by 2050.

000000
Popular comments
A Cure for Floyd 'People'
KingPuts!
25 June 2020, 09:24 GMT
000000
Fun fact : 80% plus of all current sales of antibiotics is purchased by the US farm factory industry. The poor unfortunate factory farm animals are kept in such a filthy dirty disgusting confined living conditions . These farms are an instant 24 hr breeding ground for epidemics and pandemics . It is said that around ten miles before you hit the Duplin county border , North Carolina. If you enter the county down wind . You will be over whelmed by the stench of dead bodies. Under no circumstances should you drink the local water in that county.... Ironically , if these piggeries actually processed the animal waste properly European style . They would permanently cut the energy bill by up to 95% . Yankee factory farmers and management. Locked into the permanent fast air dollar and dumbest "MBA" doctrine. Literally have no spare brain cells . To think beyond the MBA mantras as taught at Harvard U. lol