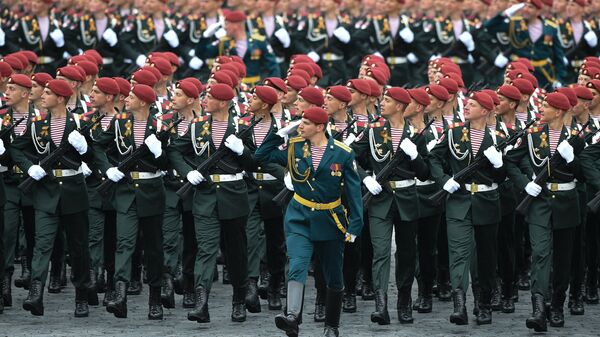 The parade was earlier rescheduled from 9 May to 24 June amid the restrictive COVID-19 measures imposed in Russia. The date was chosen to commemorate the historic parade of triumphant Red Army troops in Moscow held 75 years ago today.

At least 14,000 servicemen from 13 countries are marching in Moscow's Red Square to celebrate the 75th anniversary of Victory Day. The Russian military will also showcase over 200 vehicles, including historic tanks, and cutting-edge missile systems during the event.

At least 10 presidents are visiting the parade, while numerous diplomats and ministers from various counties and international organisations have also arrived in Moscow to take part in the festivities.