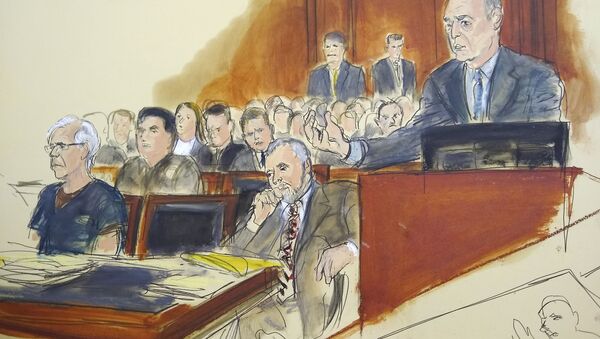 Jeffrey Epstein's alleged sex slave Virginia Roberts, now Giuffre, was previously embroiled in a prolonged legal battle with the financier’s close associate Ghislaine Maxwell that ended in 2017. However, a cache of documents in the case listing the names of the financier’s closest associates remains sealed.

The protective order over the documents in the case was signed by now deceased New York Judge Robert Sweet, preventing the public release of the names of people closely associated with Jeffrey Epstein and potentially involved in his sex trafficking scandal.

Dershowitz, who was a friend of the convicted sexual offender, is now fighting a separate defamation case against Epstein’s alleged victim Virginia Giuffre launched in November 2019. He is calling for the protective order to removed, arguing that the documents contain materials that could be crucial for his own defamation lawsuit. 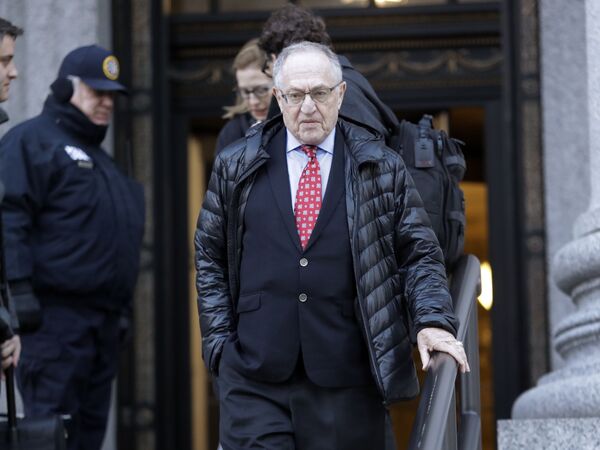 On Tuesday, a number of attorneys involved in the case held a teleconference to debate whether the protective order can be loosened upon Dershowitz’s request. According to the Daily Mail, legal teams representing Giuffre, Maxwell, and a mysterious “John Doe” have strongly opposed the move.

The person’s attorneys, Nicholas Lewin and Paul Krieger, said in a letter to the court, that the protocol over the release of Giuffre-Maxwell case materials, which are expected to be unveiled on a “rolling basis”, should not be derailed.

“This marks Dershowitz's second – or, by some measures, third – attempt to make an end-run around this Court's carefully constructed unsealing protocol. Just as the Court denied Dershowitz's prior attempts, it should deny this one”, the attorneys argued, a position that was shared by Maxwell’s and Giuffre’s legal teams.

The defamation lawsuit against Epstein’s alleged “madame” Ghislaine Maxwell was brought by Giuffre in September 2015 and eventually settled under seal two years later.

The media is now speculating that the anonymous individual involved in the case could be a public figure who is not willing to be associated with the Epstein scandal. The disgraced financier died in his prison cell in August 2019, while awaiting trial on sex-trafficking charges following accusations by several women, including Virginia Roberts Giuffre. Throughout his business career, Epstein was associated with a number of powerful figures, including Hillary and Bill Clinton, Prince Andrew, Donald Trump, and many others. Roberts Giuffre claims that she was sex-trafficked to some of them, including British Prince Andrew and Alan Dershowitz, accusations both men have strongly denied.