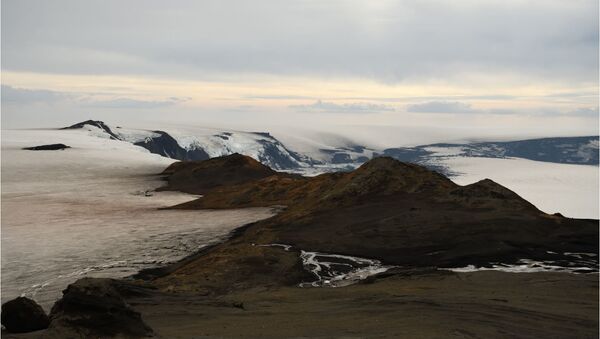 Over the past month, the tiny island nation of 360,000 has experienced increased seismic activity amid warnings of a looming eruption of Grimsvotn volcano, Iceland's most active.

About 3,000 tremors have been registered over the northern coast of Iceland since 19 June, the country's meteorological service IMO reported.

In particular, three quakes measuring over magnitude 5 were recorded in recent days, one of them being felt in the capital Reykjavik, located some 265 kilometres from the epicentre and several dozen kilometres away from Akureyri, the second-largest city in Iceland with a population of nearly 20,000.

People who felt the largest earthquakes described how things trembled in their houses and items fell from shelves, and the national police commissioner even declared a phase of uncertainty in northern Iceland.

Arnar Sigurðsson, the skipper of a whale watching boat who was out at sea, described the quakes as “a blow to the boat”. “I found it surprising, because we were moving very slowly. I thought the engine had malfunctioned, or something had gotten stuck in the propeller”, he said, as quoted by the Iceland Monitor outlet.

Siglufjörður fire chief Ámundi Gunnarsson said the tremor hit the third floor of his wooden house. “It felt like someone had driven into the house, which shook for about half a minute", he related.

No major injuries or damage were reported from the tremors, but some landslides and rockfalls have been observed in the area.

The series of earthquakes came amid warnings of a possible eruption from Grimsvotn, the country's most active volcano, as scientists recorded high levels of sulfur dioxide, indicating the presence of so-called shallow magma.

Located on the northwestern side of the Vatnajökull ice cap, Grimsvotn last erupted in 2011. Back then, it led to a temporary closure of Reykjavik's Keflavik Airport and caused the cancellation of some 900 flights to Europe.

The IMO stressed that the risk during an eruption is related to flooding caused by melting ice. “The possibility of an eruption triggered by a glacial flood, which could occur in the coming weeks or months, has to be considered”, the institute said.

Grimsvotn's last eruption was preceded by the 2010 eruption of Eyjafjallajökull, which caused huge billows of smoke and ash that left more than 100,000 flights cancelled and 8 million passengers stranded.

Sitting on the boundary of the North American plate and the Eurasian plate, with the Mid-Atlantic Ridge running through the middle, Iceland is a highly seismic zone.