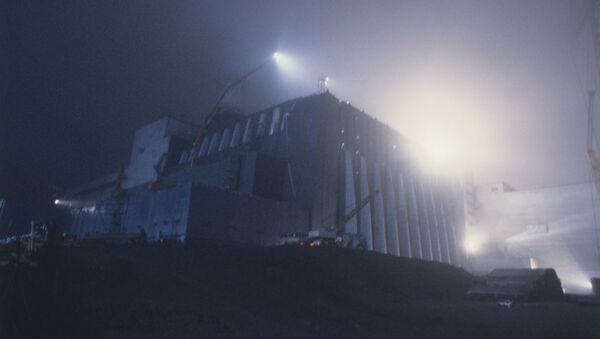 © Sputnik / Владимир Чистяков
/
Go to the photo bank
Subscribe
On Monday, Ukraine’s State Security Service and the Institute of National Memory, a state-funded NGO tasked with overseeing the country’s ‘decommunization’, released a new trove of documents related to the 1986 disaster at the Chernobyl Nuclear Power Plant.

Soviet authorities covered up or failed to properly respond to several smaller accidents at the Chernobyl nuclear power plant before the fateful April 26, 1986 explosion which led to the premature deaths of at least 4,000 people and made large swathes of northern Ukraine and southern Belarus uninhabitable for decades. That’s according to a new collection of 229 declassified documents released on Monday.

The collection of papers, compiled into a book entitled ‘The KGB’s Chernobyl Dossier: from Construction to the Accident,’ is said to include 190 never-before-seen, previously classified documents from the early 1970s and the beginning of the nuclear power plant’s construction, to November 1986, when Soviet engineers completed the massive, sarcophagus over Reactor Number 4, sealing hundreds of tons of radioactive materials inside.

The papers include transcripts of telephone conversations at the plant on the night of the accident, a copy of the first incident report, information about the start of a thorough investigation into the accident by the KGB, and more.

Among the findings gleaned from the documents in the book is the fact that the Ukrainian republican-level KGB was tasked with ensuring industrial safety during the plant’s construction, including in the spheres of counterintelligence and the protection of Soviet scientific and technological secrets, right from the beginning. According to one document, the KGB had dossiers on 9,295 people working for 40 separate organizations. KGB activities reportedly included weeding out “unreliable elements,” including those whose backgrounds included service in Ukrainian fascist collaborator organizations during World War II, or who had extensive contacts with visitors from Western countries.

Undercover agents were tasked with uncovering negligence or theft of building materials, violations of fire and radiation safety rules, and non-compliance with technological standards of operations. According to the SBU, instances of the latter mounted as construction continued. 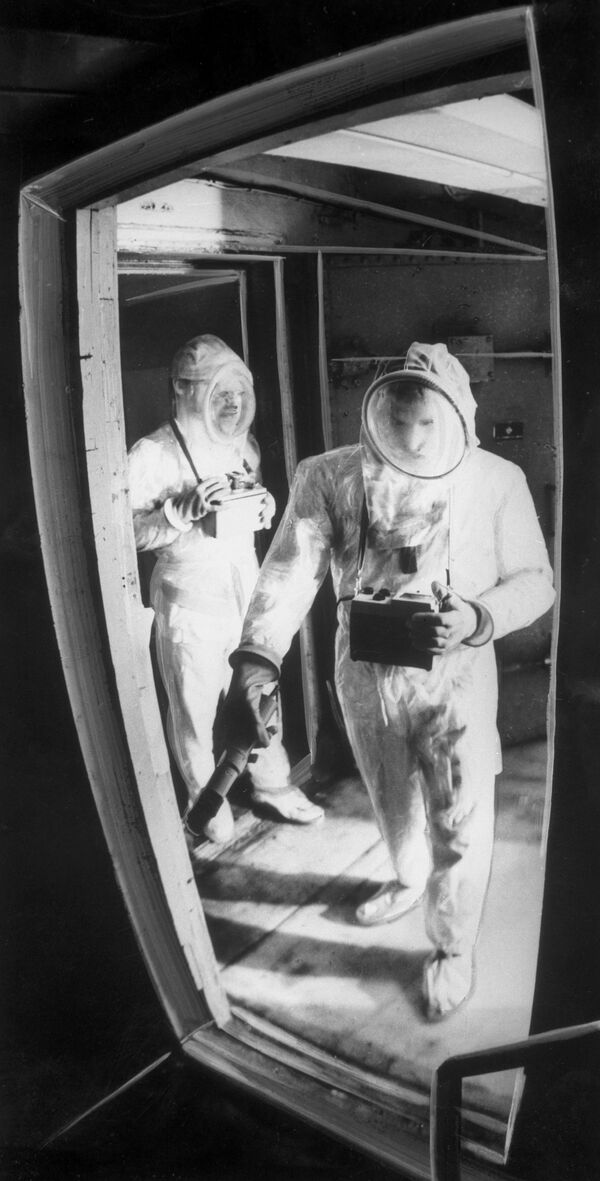 Echoing the conclusions of declassified papers first released in 2018, the new book points to signals from KGB agents on the ground to their supervisors in Kiev and Moscow pointing to instances of poor-quality construction and installation of plant components. In one instance in 1975, for instance, it was reported that a portion of a storage site for radioactive waste was poorly built, causing a threat to the surrounding environment.

Revealed: KGB’s Role in the Aftermath of the Chernobyl Nuclear Disaster
In February 1976, another deviation was found, with the KGB finding out about the delivery of poor quality piping by the Kurakhove Boiler and Mechanical Plant in Donetsk region. Agents also drafted reports on the lack of building materials and spare parts, and lack of proper qualifications among some workers. These factors were said to have combined to cause the disruption of a plan to put the first reactor online in early 1976 (the reactor was instead activated in 1977, with two more completed in 1978 and 1981, and the ill-fated Reactor Number 4 finished in 1983).

Some, but not all, of the KGB’s concerns in these areas were said to have been heeded by the authorities.

Perhaps the most serious allegation presented in the new book relates to claims that Soviet authorities deliberately sought to hush up information about accidents at the plant. It’s said, for instance, that between 1971 and 1981 there were 29 emergency situations at Chernobyl, eight of them deemed to have been caused by personnel error, including mistakes in engineers’ calculations and negligence by construction workers.

Between 1978-1979, Viktor Klochko, the chief of the regional KGB office, sent a series of reports to Kiev regarding “deliberate gross violations of technological standards on construction” without heed of possible future consequences. Viktor Scherbitsky, an influential member of the Politburo in Moscow and top party boss in Soviet Ukraine, was said to have created a special commission to study and resolve the situation.

On two occasions in 1979 and another in April 1981, faulty equipment and poor-quality construction were blamed for three more emergencies which forced the temporary shutdown of reactors. The book even points to alleged KGB concerns about “serious” flaws RBMK-1000 reactor’s design. 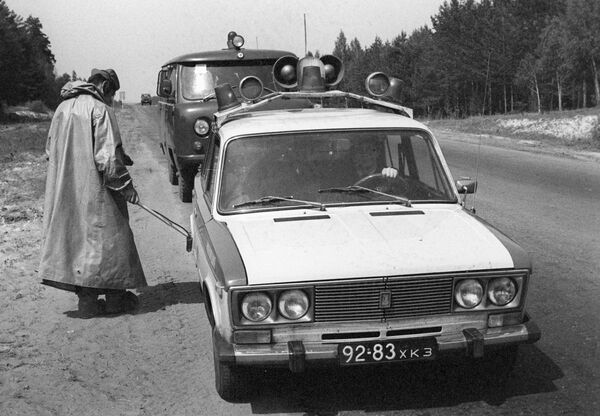 The final, major conclusion made in the new book is that Soviet authorities were not prepared to deal with the scale of the disaster at Chernobyl. According to the KGB papers, in the disaster’s immediate aftermath, it was thought that the reactor’s destruction may have occurred as a result of deliberate sabotage. A second, more thorough investigation in early May challenged these conclusions, with the human factor (specifically – deputy chief engineer Anatoly Dyatlov’s recklessness in shutting down multiple computerized and manual safety systems to conduct a ‘safety test’), blamed as the main cause.

Citing reports on the KGB’s operations in the disaster cleanup, between late April and November of 1986, the book points to intelligence reports on shortcomings in organization, including a lack of proper work wear and equipment for cleanup workers, public ignorance on safety precautions, and unsatisfactory living conditions for evacuated persons and liquidators. 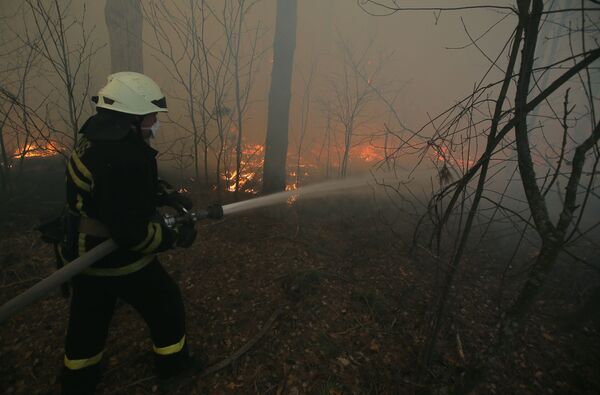 A firefighter extinguishes a fire on the territory of forestry located in the exclusion zone of the now-defunct Chernobyl nuclear power plant, in Ukraine
© Sputnik / Stringer
/
Go to the photo bank

Given the SBU and Institute of National Memory’s biases, its conclusions should be taken with a grain of salt. For example, it’s worth emphasizing that the organization of the effort to evacuate some 49,000 people from the city of Pripyat, virtually overnight, proved hugely successful. Similarly, the construction of the sarcophagus built over the destroyed Reactor Number 4, which was completed in just six months, and consisting of 400,000 cubic meters of concrete, and 7,300 tonnes of steel, was unprecedented in its scale and speed. In a recent interview, former Soviet Premier Nikolai Ryzhkov, who helped supervise the Chernobyl disaster response, suggested that the titanic effort to liquidate the consequences of the disaster was something only a superpower like the USSR could afford, with the country spending tens of billions of Soviet rubles, and mobilizing hundreds of thousands of people, to localize the disaster and limit its scale.

Furthermore, the book’s claims regarding the KGB’s alleged concerns about safety of the RBMK-100 reactor design are also odd, given that 10 reactors of this type continue to be safely operated throughout the former Soviet space. Ukraine, meanwhile, operates four nuclear power plants, including a total of 15 VVER-type reactors, all of them built in the 1980s, with the plants contributing to about half of the country’s electricity needs. 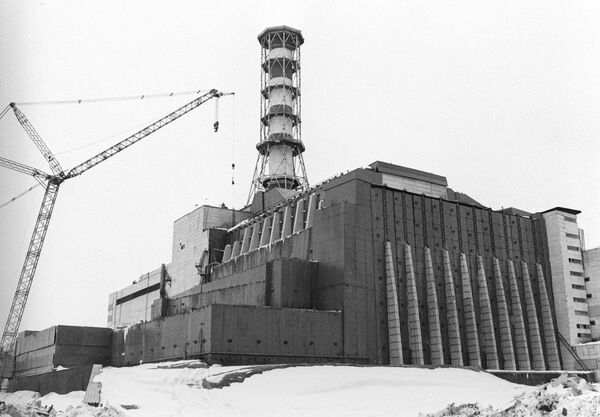 Doubtless to say, the Chernobyl disaster remains one of the worst manmade disasters in modern history, with casualties and long-term damage comparable only to the far less publicized 1984 Union Carbide pesticide plant explosion in Bhopal, India, and the 2011 Fukushima Daiichi nuclear disaster.

000000
Popular comments
The SBU? About as credible as Mike Pompeo.
coronahoax
23 June 2020, 21:25 GMT3
000000
KingPuts!, Stuxnet, version 1.0? We know that the U.S. and Israel have tried to sabotage nuclear reactors in Iran. And some people speculate that Stuxnet then spread across the planet and contributed to the Fukashima disaster.