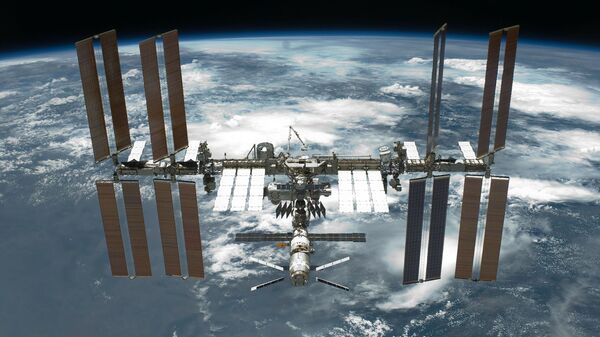 CC0 / /
Subscribe
International
India
Africa
MOSCOW (Sputnik) - The search for a source of toxic benzene in the atmosphere of the International Space Station will resume at the end of July after the delivery of the new US air quality monitor on board the Russian cargo spacecraft Progress, a source in the rocket and space industry said.

"Since there is only one such device at the station and it is impossible to repair it in orbit, it was decided to send the new AQM to the ISS on the Progress MS-15 spacecraft", the source said.

Earlier reports said the blastoff of the Progress MS-15 cargo spacecraft to the ISS by the Soyuz-2.1a launch vehicle from the Baikonur space centre was scheduled for 23 July.

On Tuesday, NASA reported that the month-long search for the benzene source had to be stopped due to the failure of the US Air Quality Monitor 1 while taking measurements in the Russian segment of the space station.

Last week, the ventilation systems between the Russian and US segments of the stations were split to try to determine the benzene’s source.

On 20 May, Roscosmos reported heightened benzene concentrations inside the space station, a week-and-a-half before the expected arrival of a NASA SpaceX Crew Dragon with two US astronauts onboard. The search continued in June, with NASA claiming the increase in concentrations could be caused by the air filters installed in one of the American modules on board the station.

Benzene, an organic chemical compound, is a colourless liquid with a specific sweet smell. It is a natural constituent of crude oil and is used in the production of drugs, plastics, dyes and rubbers. Benzene is carcinogenic and toxic.