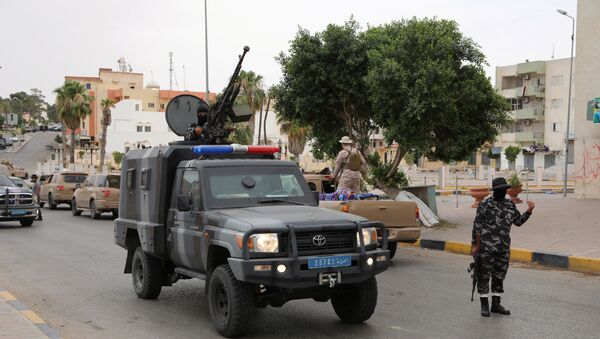 MOSCOW (Sputnik) - Russian Foreign Minister Sergey Lavrov said on Tuesday that the crisis in Libya could not be solved militarily.

"I have discussed this with many colleagues, and they agree ... that there is no military solution to this conflict. This is the key pillar of all the resolutions adopted by the United Nations Security Council and all the declarations adopted at multiple events, including the Berlin conference, held in January," Lavrov said at a press conference, held after his talks with the foreign ministers of India and China.

Over the past few years, the supremacy of any of Libya's sides could only be temporary, the situation on the ground was changing all the time, and the attacking side was never ready for negotiations, Lavrov recalled.

"So I see no other option, apart from ceasing fire immediately and resolving all the other problems through negotiations, based on the understanding reached in the declaration adopted at the Berlin conference," Lavrov said.

The Russian foreign minister called on foreign players in Libya to promote an inclusive intra-Libyan dialogue.

Conflict in Libya in Tense Stage, Country Flooded With Arms

The conflict in Libya is in a very tense stage, the country is being flooded with weapons, the head of the Department of International Organizations at the Russian Foreign Ministry, Pyotr Ilyichev, said.

"At the moment, the Libyan conflict is in a very tense stage and additionally flooding the country with arms, of course, makes it difficult to move to peaceful settlement as agreed in the UN. The arms are delivered to Libya by the sea, in particular," the diplomat said.

The monitoring of the United Nations Security Council's arms embargo on Libya cannot focus on one warring party exclusively, Mr Ilyichev added, noting that the European Union's sea monitoring has not been highly effective so far.

Back in 2016, the UN Security Council introduced, under its Resolution 2292, a special inspection regime off Libya's coast, which was expected to make control over illegal arms flow more efficient, Ilyichev recalled.

"As part of this regime, the EU naval Operation Sophia was carried out until this year, but its results regarding weapons were meagre. This spring, Sophia was transformed into Irini, but the 'first steps' of this mission can hardly be qualified as impressive so far. Let us see how the situation develops," the diplomat said.

Reports About Russian Drone in Libya Not True

The information about an alleged Russian drone in Libya, mentioned in a report by UN experts, is not true, the characteristics of the drone are typical of such vehicles produced in a country next to Russia, Pyotr Ilyichev said.

"In particular, it is unclear why experts believe a drone found in Libya to be from Russia if its characteristics match those of a country next to Russia. Meanwhile, the equipment that has been in Libya for a while is made to look like recent deliveries," he said. 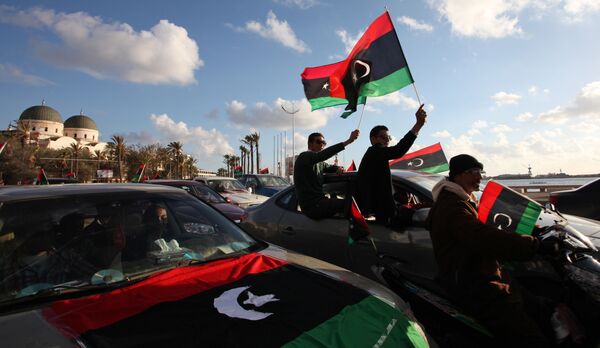 Libya has been in a state of a civil war since the overthrow of its leader Muammar Gaddafi with the support of NATO airstrikes in 2011. Since then, numerous competing militia and terrorist groups have been fighting for power. The major warring parties to the conflict are the UN-recognised Tripoli government led by Prime Minister Fayez al-Sarraj, known as the Government of National Accord (GNA) and the Libyan National Army (LNA) led by General Khalifa Haftar. The LNA is backed by the parliament and is based in the eastern city of Tobruk.

The LNA is also supported by Russia, with Moscow welcoming Haftar's efforts to oust terrorist militias operating in Libya. However, Russia does not provide the LNA with weapons, citing the UN arms embargo on Libya. Moscow has repeatedly stressed the need to begin a dialogue between the LNA and the GNA to resolve the long-time conflict.