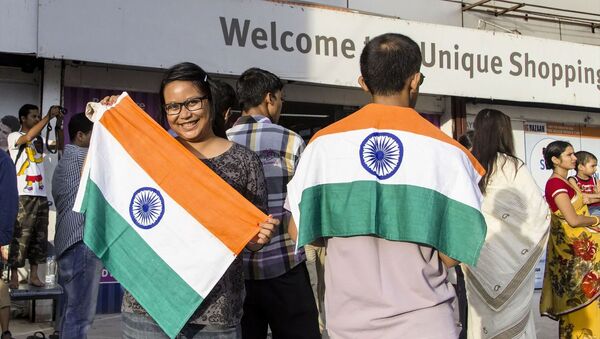 CC0 / /
Subscribe
New Delhi (Sputnik): Trade bodies like the Confederation of All India Traders, have been demanding a ‘Country of Origin’ certificate on products sold through e-commerce platforms, after India signed preferential trade agreements with several countries, entitling them to tariff concessions.

India on Tuesday made it mandatory for sellers to the Government e-Marketplace (GeM) to certify the country of origin of all products. The official announcement said that the step is to promote the ‘Make in India’ mission, but it comes in the wake of the violent standoff between the armies of India and China and a growing call to shun Chinese products.

GeM is a virtual market place, launched in August 2016 for online purchases of goods and services by all the federal government ministries and departments. It aims to enhance transparency, efficiency and speed in public procurement to bonafide suppliers, who wish to do business with the government, without the help of middlemen.

“This move will promote ‘Make in India’. Suppliers used to sell their products without mentioning its origin. In the garb of Indian products, they used to sell foreign goods on the government platform,” said Ashwini Mahajan, Chief of Swadeshi Jagaran Manch, an ideological affiliate of India’s ruling Bharatiya Janata Party.

Mahajan added that it would make government departments make informed choices and was a correction to the existing policy.

Currently, federal ministries and departments, state-run enterprises, state governments, and Central Armed Police Forces are allowed to carry out transactions through the portal.

GeM provides a wide range of products from office stationery to vehicles. Automobiles, computers and office furniture are currently the top product categories. Services, including transportation, logistics, waste management, web casting and analytical, are listed on the portal.

During the US-China trade war, several Chinese companies have moved to third-party countries, such as Vietnam to manufacture their products in an attempt to avoid tariff rules. Anti-China activists say, Beijing could use the same tactics to circumvent India’s tariff regime, through countries, which have free trade agreements with India.

In November, 2019 India refused to join a China-led Regional Comprehensive Economic Partnership (RCEP) amid strong opposition in the country, including from allies of the ruling BJP.