Key Takeaways From John Bolton’s Book: From Trump’s Plea to China to 'Cool' Invasion of Venezuela 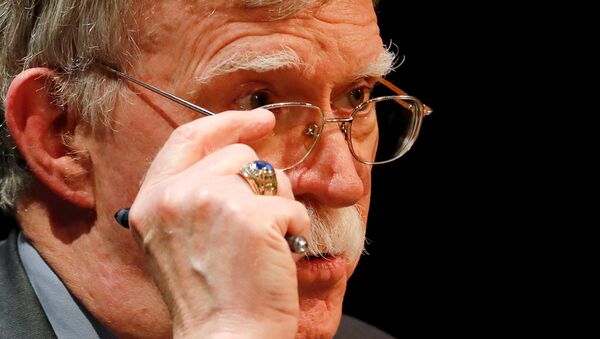 © REUTERS / Jonathan Drake
Subscribe
The hotly discussed memoir of former US national security advisor John Bolton is soon to take over bookshops all across the United States. Some already published extracts have already grabbed the attention both of Donald Trump’s staunchest supporters and his fiercest critics.

Despite the Trump’s administration efforts to block the release of John Bolton’s upcoming memoir, the book will see the light of day on 23 June after US District Judge Royce Lamberth argued that there was effectively nothing he could do about the myriads of copies of “The Room Where It Happened” that have now been dispatched all over the country.

But as Lamberth said last week: “The horse, as we used to say in Texas, seems to be out of the barn”.

So what have been the key takeaways from such a damning work so far? 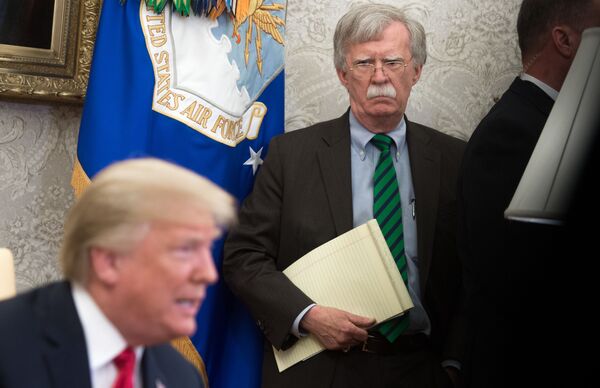 In this file photo National Security Adviser John Bolton stands alongside US President Donald Trump as he speaks during a meeting with NATO Secretary General Jens Stoltenberg in the Oval Office of the White House in Washington, DC, May 17, 2018. - The US Justice Department filed an emergency order Wednesday seeking to halt release of ex-national security advisor John Bolton's book, the second time in two days that President Donald Trump tried to block the tell-all memoir.
© AFP 2021 / SAUL LOEB

One of the most staggering claims made in the book is that Donald Trump once allegedly appealed to Chinese president Xi Jinping during a G20 meeting in Japan in 2019, purportedly asking him to help with his re-election bid through the purchase of American agricultural products.

“Trump then, stunningly, turned the conversation to the coming US presidential election, alluding to China's economic capability and pleading with Xi to ensure he'd win. He stressed the importance of farmers and increased Chinese purchases of soybeans and wheat in the electoral outcome”, Bolton wrote.

The claim has, however, been dismissed by White House Trade Adviser Peter Navarro. The official argued during a recent interview with CNN that he was in the room during the presidents’ meeting and “never heard” such an issue being discussed.

It is no secret that Donald Trump has been a persistent critic of some NATO member states for their failure to meet the defence spending target of two percent of GDP. The book now claims that it is not clear whether the US president “ever understood” that the Cardiff commitment over the NATO budget was not about “contributions” but rather “aggregate defence spending”. Bolton also details Trump’s phone conversation with NATO Secretary General Jens Stoltenberg prior to the 2018 Summit during which he pledged that the United States would only contribute the same amount of money to the alliance as Germany.

“But saying he would reduce the US “contribution” to Germany’s level implied the US would drop its defense expenditures from over 4 percent of GDP by some 75 percent, which I don’t think he meant”, Bolton argued.

“Trump would later come to say he thought that, in truth, the US paid 100 percent of the cost of NATO. The source of that figure is also unknown”, the ex-advisor added.

According to the book, Trump also had some strong words not only against the alliance itself, which Bolton says he was “very unhappy with”, but against then-president of the European Commission Jean-Claude Juncker, calling him a “vicious man who hated the United States desperately”. Bolton suggests that for Trump, it was Juncker who was setting the NATO budget.

“Trump smiled too, looking at Mattis [Former US Secretary of Defense] as if to imply he knew whence came the leaks on the US side”, Bolton argued.

Worries Over Trump’s Meeting With Putin

The former national security advisor also opened up about his concerns over Donald Trump and Vladimir Putin’s one-on-one meeting during the 2018 summit in Helsinki, which, he said, was “sweated out” by him and the president’s other key staffers. Bolton acknowledged that he was not willing to leave Trump alone with his Russian counterpart, as he was apparently worried about what the American president was going to say when not surrounded by his aides. Following the meeting, however, Bolton acknowledged that he was “relieved”.

“The key point was there were no agreements on anything, no concessions, no real change in substantive foreign policy. I was delighted”, he wrote. 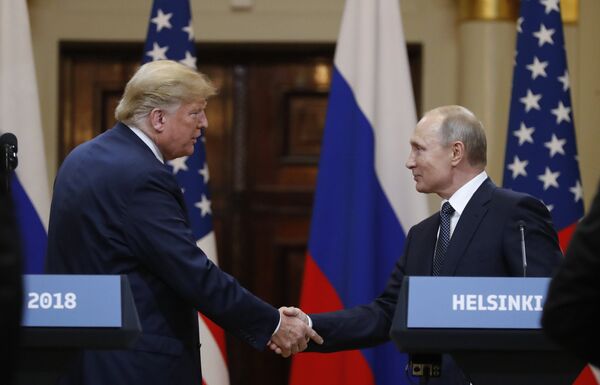 July 16, 2018. President of Russia Vladimir Putin and President of the US Donald Trump, left, during the joint news conference following their meeting in Helsinki
© Sputnik / Sergey Guneyev
/
Go to the photo bank

Very Unhinged Genius: The Tell-All Books About Trump That Told Nothing
The book also claims that Trump once said that it would be “cool” to invade Venezuela, quoting the words of Former White House Chief of Staff John F. Kelly in an alleged conversation with Bolton. The president also once reportedly argued that he considered Venezuela a “part of the United States” and pressured his aides to get rid of President Nicolas Maduro’s regime, even through “military options”.

Donald Trump has already slammed his former staffer Bolton for releasing “classified information” with his upcoming book, by referring to the former national security advisor as “wacko” and “a liar”.