'It's Like a Wild Cat': Italian Expert Says COVID-19 Virus Has Weakened, May Go Away Without Vaccine 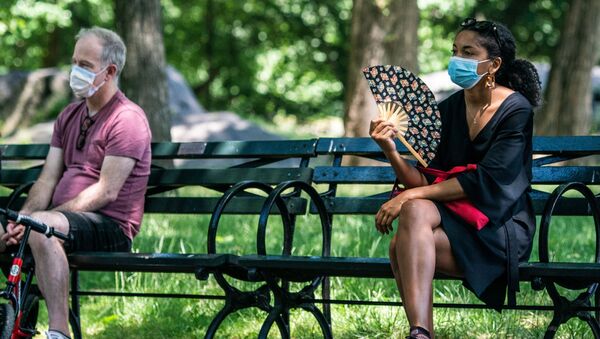 © REUTERS / JEENAH MOON
Subscribe
SARS-CoV-2, the virus that causes COVID-19, has weakened over time and could eventually die out without a vaccine, a top Italian infectious disease specialist recently told British outlet The Telegraph.

According to Professor Matteo Bassetti, head of the infectious diseases clinic at Italy's Policlinico San Martino Hospital, the virus may have become less dangerous in recent months.

"The clinical impression I have is that the virus is changing in severity," he told the outlet.

"In March and early April, the patterns were completely different. People were coming to the emergency department with a very difficult-to-manage illness, and they needed oxygen and ventilation; some developed pneumonia.”

The severity of COVID-19 cases may have changed due to a genetic mutation in the virus which scientists have not yet discovered, Bassetti pointed out.

"Now, in the past four weeks, the picture has completely changed in terms of patterns. There could be a lower viral load in the respiratory tract, probably due to a genetic mutation in the virus which has not yet been demonstrated scientifically. Also, we are now more aware of the disease and able to manage it," he noted.

"It was like an aggressive tiger in March and April, but now it's like a wild cat. Even elderly patients, aged 80 or 90, are now sitting up in bed, and they are breathing without help. The same patients would have died in two or three days before," Bassetti continued, also noting that the virus may have mutated because of the human immune system’s response to it.

“Yes, probably it could go away completely without a vaccine. We have fewer and fewer people infected, and it could end up with the virus dying out,” he added, when asked if the virus could eventually disappear without a vaccine being developed and deployed.

However, not all health experts are in agreement over whether the respiratory disease could fizzle out without a vaccine.

Dr. Bharat Pankhania, a senior clinical lecturer at the University of Exeter Medical School, told The Telegraph that he wouldn’t expect the virus to fade so quickly.

"It will if it has no one to infect. If we have a successful vaccine then we'll be able to do what we did with smallpox. But because it's so infectious and widespread, it won't go away for a very long time," Pankhania noted.

"My estimate is ranging from 'never' to – if we are really lucky and it sort of mutates and mutates [and] may lose its virulence – we're talking years and years," Pankhania added.

The latest data by Worldometer reveals that over 9 million cases of the virus have been confirmed worldwide, and more than 472,000 people have died as a result.

Researchers across the world are trying to create a potential vaccine for the virus and one promising option is being developed by US biotechnology company Moderna, which is on schedule to begin the third and final stage of clinical trials for its drug by July.

Another vaccine is also being developed by the University of Oxford and British drugmaker AstraZeneca, which is currently in the third phase of trials and could be rolled out for public use as early as October.