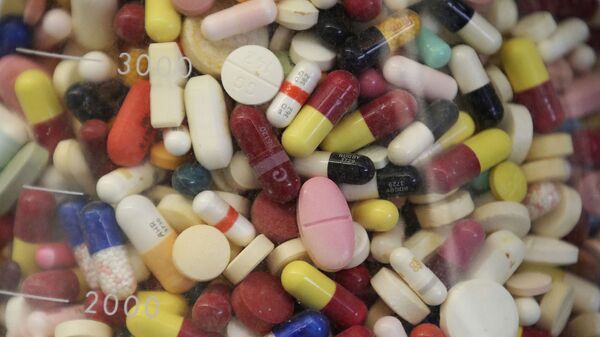 New Delhi (Sputnik): India’s coastal state Goa – which is known for fun and parties – has been quiet ever since the coronavirus pandemic broke out, halting tourism. Taxi drivers, tour guides and even drug peddlers in India’s smallest state are out of work – making them look for alternatives.

Goa is known for tourism - and the open peddling of illegal party drugs. On the beaches of Goa, anybody could be a drug peddler – a souvenir vendor, a hat seller, and even a shack waiter.

Tourists are approached by Goan drug peddlers who provide them with different kinds of substances including weed, hash, LSD, cocaine and acid, in a bid to “add fuel to their fun”.

Due to the pandemic, tourism in Goa has disappeared for over three months. And not only are tourists not coming, the smuggling of drugs has also been hindered due to the restricted and scrutinised movement of vehicles in and out of Indian regions.

“In these unprecedented times, our local drug peddlers, most of whom sell drugs just so that they could score for themselves as well, have been exploring odd jobs like vegetable, masks and water sellers, car-cleaners and porters at railway stations,” Dr. Rajesh Dhume, the nodal officer at the Drug Treatment Centre at Goa’s Mapusa district told Sputnik on Monday.

“Many of these local drug peddlers have been under free treatment by our doctors, who have been touring Goa internally to give these substance sellers and users their medication doses, now that it's hard for them to travel from one place to another. During these tours, our patients discussed their financial troubles amid the pandemic with the doctors who suggested different business options with them – including selling essential items like food and masks,” Dhume said.

The medic added that some  drug-using peddlers have turned to a healthier lifestyle and discovered their humanitarian side.

“Some of our patients have explored their compassionate side in recent times. They have helped troubled migrant labourers by providing them food and water, carrying their luggage, helping them catch the right trains and more. It has been so emotional to witness their journeys from being drug sellers to becoming healthier, helping people,” Dhume added.

Acid, ecstasy, cocaine, hashish (known as charas), marijuana and most other forms of drugs are illegal in India. But they're still widely available in Goa, according to travel guide Lonely Planet, where they fuel the Electronic Dance Music (EDM) parties that have made the former Portuguese colony one of the nation's top tourist destinations, especially among twenty-somethings.

Due to the easy availability of drugs in Goa, every year reports of several tourists losing their lives by heart failure or drowning in the sea after overdosing make it to the headlines in India.

In December 2019, India’s largest EDM festival – The Sunburn – witnessed the deaths of three tourists after they allegedly overdosed on drugs.

At the time, the chief of the opposition Indian National Congress in Goa, Girish Chodankar, said that the state is now a “drowning and drugging” destination.