Bank of England Set to Decide Who Venezuela’s President is. How Did It Come to This? 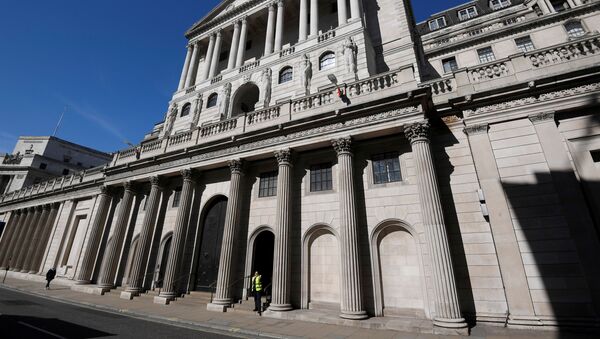 What was a typical withdrawal request from a customer to a depository bank has turned into a political controversy, given that the government that owns the bank does not recognise the customer.

London’s High Court is scheduled to hear an unprecedented case on Monday regarding Venezuela’s attempts to extract its gold bullion from the Bank of England.

Venezuela’s central bank (BCV), controlled by the government of Nicolas Maduro, has around $1.8 billion worth of gold at the Bank of England. BCV has recently demanded that €930 million ($1.04bn) in gold be released to help Caracas fight the coronavirus outbreak.

The heavily-sanctioned Latin American country is among the 135 nations with beleaguered public health systems which are attempting to secure vital medical supplies under a major initiative led by the United Nations Development Programme.

BCV had wanted to transfer the proceeds from selling the gold directly to the UNDP to acquire medical equipment, medicines and foodstuffs, but the Bank of England “refused to confirm” that it would hand over the bullion, according to court documents filed last month. BCV in response launched legal action.

The UK government, which wholly controls the bank, does not recognise President Nicolas Maduro and backs the self-declared interim president, Juan Guaido. The UK-held assets of two dozen Venezuelan officials linked with Maduro, but not those of BCV, have been frozen.

The Bank of England denied a similar request for the withdrawal of gold in November 2018; at the time, a cabinet minister said that dealing with a customer’s request is up to the bank and not to the government.

Guaido, who appointed a parallel board of BCV directors, last month warned that the bank would effectively be “financing torture” in Venezuela if it honoured its obligations. His lawyers argue that a decision to release gold should be taken by Venezuela’s legislature rather than by the central bank. They also question whether the BCV board has a buyer lined up for the gold.

Lawyers representing BCV maintain that the request in question is meant to deal with a public health emergency and that the Bank of England’s lack of action is “putting lives at risk".

“Venezuela has been denied access to its resources during an international crisis,” said London-based lawyer Sarosh Zaiwalla. “In effect, the nation’s gold reserves in the BoE are being held hostage to political factors dictated by the foreign policy of the United States and certain of its allies.” The high court ruling is expected before the end of July.