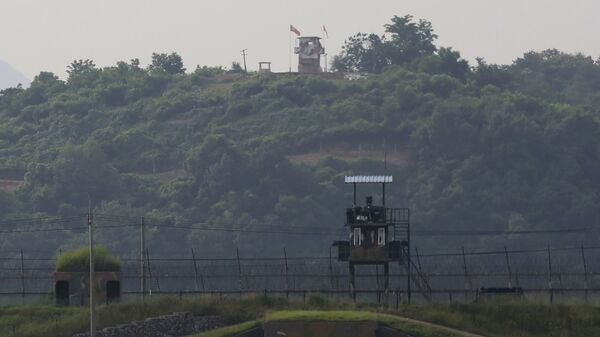 North Korea earlier slammed the South for a campaign of anti-North propaganda leaflets sent across the border, severing all communication with Seoul and blowing up an inter-Korean liaison office in a show of anger, amid threats to use military action.

A US spy plane flew over South Korean territory on Saturday as part of a series of fly-overs seen as seeking to monitor North Korea in the wake of its recent threats to resort to military action against the South, reported the Yonhap agency citing an aviation tracker.

A US Air Force E-8C Joint Stars was reported to have taken off from Japan's Kadena Air Base on 19 June, flying over South Korea until early Saturday.

Also seen making flyovers above South Korean territory were other US surveillance planes, including the RC-135W Rivet Joint and the Navy's EP-3E, according to the tracker.

The current surveillance flights come as tensions have been simmering on the peninsula after North Korea cut off communications with South Korea and blew up the joint liaison office in the border town of Kaesong on 16 June. 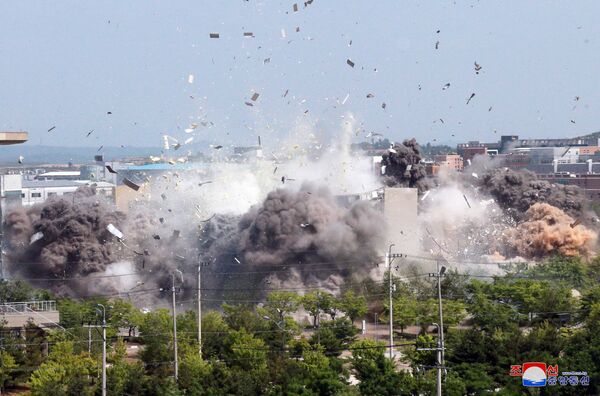 A view of an explosion of a joint liaison office with South Korea in border town Kaesong, North Korea in this picture supplied by North Korea's Korean Central News Agency (KCNA) on June 16, 2020
© REUTERS / KCNA

The South Korean Unification Ministry confirmed that the explosion took place at the inter-Korean office in the border town of Kaesong at 2:49 p.m. local time on 16 June.

North Korea’ General Staff said that it would redeploy troops to Kaesong and the Mount Kumgang joint tourist zone on the east coast, as well as restore guard posts in the demilitarised zone, removed after the 2018 inter-Korean summit, enraged over an alleged campaign by activists to fly anti-Pyongyang leaflets on balloons across the border. Ever since their 1950-1953 conflict, the two Koreas have waged leaflet campaigns. 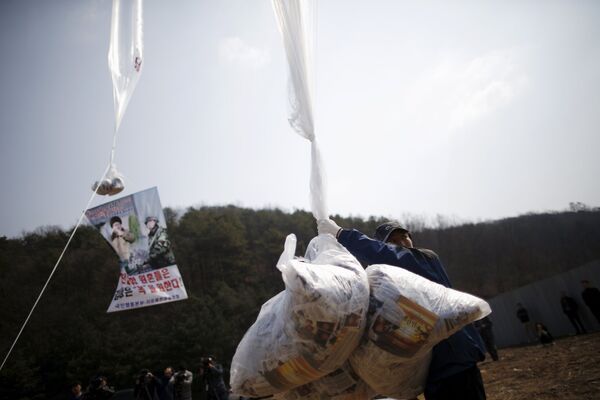 According to reports citing North Korea’s state media, Pyongyang was gearing up to dispatch its own retaliatory anti-Seoul leaflets across the border "as soon as the areas close to the boundary between the North and the South are opened and their entry into the areas is approved according to relevant procedures." 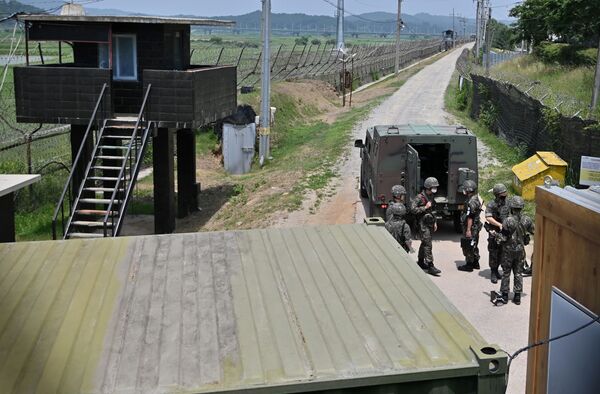 South Korean soldiers gather near a guard post in a sideline of Imjingak peace park in the border city of Paju on June 17, 2020
© AFP 2022 / JUNG YEON-JE

“Every action should be met with proper reaction and only when one experiences it oneself, one can feel how offending it is,” stated KCNA

In his first official remarks after Pyongyang severed all communication channels with Seoul, on 15 June South Korean President Moon Jae-in called on North Korea not to abandon joint peace efforts agreed after the truce signed with the North Korean leader in 2018.

"The direction the two Koreas should go together is clear. We should not stop the current inter-Korean relations again, which have overcome a longtime severance and the crisis of a war with difficulty", said Moon.