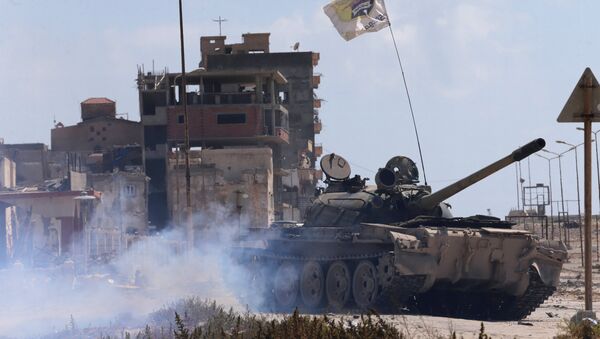 © REUTERS / Esam Omran Al-Fetori
Subscribe
Cairo will continue to lend its support to General Haftar, says an Egyptian expert, who stresses that his country is determined to curb the threat of terrorism emanating from Libya.

Egypt is keen to maintain "partial relations" with the UN-backed Government of National Accord (GNA) headed by Libya's Fayez Al Sarraj, the New Khaleej news website reported on Wednesday, citing a diplomatic source in Cairo.

The anonymous official has also suggested that his country has stepped away from the previous unshakeable support it had given to General Khalifa Haftar and his Libyan National Army, which has also enjoyed the backing of Saudi Arabia, the UAE and Russia.

This comes amid reports that the General's forces, known as the Libyan National Army or LNA, have witnessed several defeats on the ground over the past several weeks. These include the pushback from the city of Sirte, the town of Tarhuna, which had long been considered a stronghold of Haftar, and the loss of the 350-km long supply line that connects the south to the west of the country.

For Salah Al Bakoush, a political activist and a former advisor for the General Congress of Libya, these reports were not surprising, especially given the "depleting support base of Haftar in Libya" and the press conference given by Egypt's President Abdel Fattah Al Sisi earlier this month, where he called on "all foreign mercenaries" to withdraw from the war-torn country" and urged the competing Libyan sides to sit at a negotiating table. 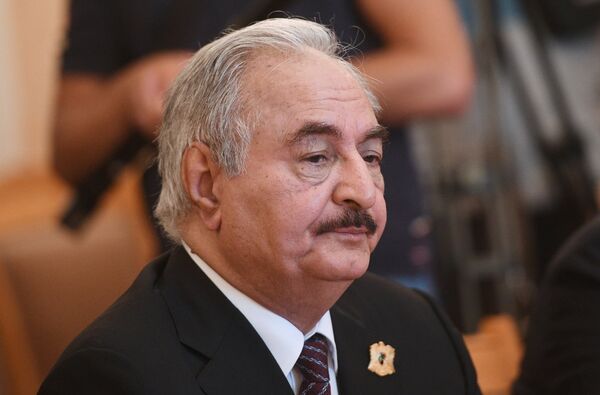 "His speech did not indicate that the war was over… [rather] it just reaffirmed that Haftar's backers have abandoned him, showing him a way out," said Al Bakoush, reflecting earlier reports that suggested the General would remain in Cairo "until he found a place to retire" and until he carried out a plan "to form a political structure for the east".

But not everyone saw that as a sign of defeat. For Maged Botros, professor of political science and the chairman of Egypt's Helwan University, Egypt's attitude towards "the only legitimate representative of the Libyan people" was unwavering.

"President Al Sisi's declaration cannot be interpreted as if he decided to back out from the support of Haftar. Had it been the case, he wouldn't have invited the Libyan general from the first place and would have avoided giving him a stage".

Nor would he provide Haftar with funding, arms and intelligence and would not dispatch his military experts to fight side-by-side with the General's forces.

For Al Sisi, supporting the LNA was important simply because he believed the General, who once served with former leader Muammar Gaddafi's army, was the right choice to tackle the cesspool of Islamist militias that have found a safe haven in Libya's east and south, from which they launched coordinated attacks on neighbouring Egypt.

Already in May 2014, when Haftar launched Operation Dignity that aimed at wiping the terrorists off the map, Egypt was the first state to fully back the LNA but Cairo had no intention to fork out a pretty penny to finance the military campaign of the Libyan General, so it sought international donors and it found them quickly - in the Gulf states.

The UAE and Saudi Arabia were also concerned with the deteriorating situation in Libya, fearing Islamists would end up seizing control of the entire country.

"Abu Dhabi and other Gulf states feared that the upheaval that uprooted regimes in the Middle East and that brought Islamists like the Muslim Brotherhood to power will reach the Arabian Peninsula, so they wanted to prevent that scenario from happening," explained Al Bakoush. "But their fears were groundless," he added. 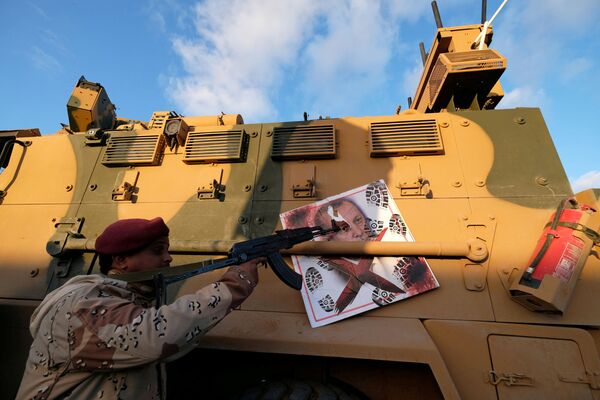 Although in the 2012 parliamentary election, Islamists (including the Muslim Brotherhood-affiliated Justice and Construction Party as well as several Salafist lists) gained 61 seats in a 200-seat chamber, their support base has dwindled over the years.

Two years later, in another round of parliamentary elections, Islamists have only managed to secure 17 seats but that was not enough to calm moods in Cairo and the Gulf, especially not after Islamists from the Misrata militia, who refused to acknowledge the defeat of religious parties, stormed the Libyan capital, driving the democratically-elected House of Representatives away from Tripoli and paving a way for a civil war that has continued unabated.

A Race For Resources

However, Islamists were far from the only thing that troubled Cairo and its allies; growing Turkish involvement has risen eyebrows too.

Initially, it was the ideological similarity between the Turkish Justice and Development party and Libya's Justice and Construction that reminded Cairo of the Muslim Brotherhood (MB), which is outlawed in Egypt.

Then it was also the decision of then-Prime Minister and current President Recep Tayyip Erdogan to grant MB members who had fled Egypt asylum in Turkey.

More recently, it has been the competition over contracts for construction companies set to generate billions of dollars in revenue and the face-off in the eastern Mediterranean over the rich energy resources located in the area.

Reportedly containing 122 trillion cubic feet of recoverable gas that's believed to be worth some $700 billions, Cairo, which claims to own the area, plans to start exploratory drilling early next year and Turkey's agreement with the GNA, that granted Ankara access to the area, could not but anger the Egyptian authorities.

Although it's considered to be the largest non-OPEC oil producer in Africa, Cairo has been struggling to provide for the needs of its fast-growing population, and was looking for ways to expand its production and was counting on the Mediterranean reserves. Turkey's deal with the GNA disrupted those plans.

For Botros, that move was bordering a betrayal, as GNA "let an invader in" but for Al Bakoush it was a legitimate arrangement that promised dividends. 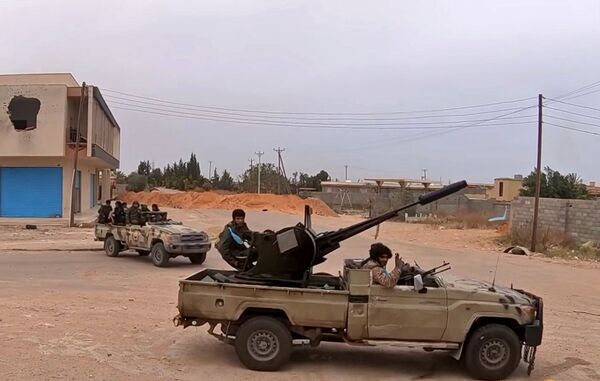 Those "dividends" were the troops and the ammunition sent to Libya in January after the Turkish parliament accepted GNA pleas for assistance, which helped them push away the forces of Haftar.

"The conflict in Libya has never been ideological. It has always been a matter of interests and who controls the nation's energy resources. It is natural," said Al Bakoush, hinting that the Libyan people should squeeze the most out of offers given, and take the most lucrative deal.

Following the eruption of the Arab Spring that led to the downfall of Libya's longtime ruler Muammar Al Gaddafi in 2011, the country has fallen into mayhem with regional factions combating each other to establish control over the energy-rich nation.

The first parliamentary elections bolstered the country's Islamists but two years down the line, they lost power, securing only a limited amount of seats. However, unwilling to accept their defeat, Islamist militias ousted the newly established House of Representatives, which subsequently led to a civil war and the creation of two parallel governments.

Although over the years there have been attempts to bridge the gap between the two, including deals made in Morocco, Paris and Berlin, those efforts have been largely futile.