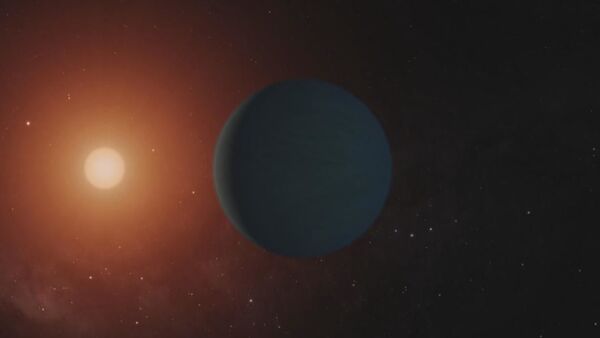 © NASA . NASA/JPL-Caltech
Subscribe
International
India
Africa
Researchers' efforts at finding life in the depths of space are currently hampered by them being as yet unable to study distant exoplanets in detail.

A NASA planetary scientist named Lynnae Quick postulated that there might be more exoplanets harboring bodies of water than have currently been discovered , Science Times reports.

According to the media outlet, at this time, astronomers have identified some 4,000 exoplanets, some of which have "atmospheres covered in ice", with the latter type of planets becoming the focus of NASA's search for signs of life beyond Earth.

"Plumes of water erupt from Europa and Enceladus, so we can tell that these bodies have subsurface oceans beneath their ice shells, and they have energy that drives the plumes, which are two requirements for life as we know it”, said NASA planetary scientist Lynnae Quick, adding that "if we're thinking about these places as being possibly habitable, maybe bigger versions of them in other planetary systems are habitable too".

Researchers at NASA's Goddard Space Center reportedly managed to establish via mathematical analysis that over 25 percent of exoplanets were possibly "harboring oceans beneath layers of surface ice", with Quick arguing that astronomers would eventually be able to measure heat emissions and volcanic activity on those distant worlds.

The media outlet points out, however, that with the existing technologies, scientists are yet unable to examine exoplanets in detail, though they hope that the upcoming James Webb Space telescope and future exploration missions might help advance mankind's quest for signs of life beyond our planet.

"Forthcoming missions will give us a chance to see whether ocean moons in our solar system could support life. If we find chemical signatures of life, we can try to look for similar signs at interstellar distances", Quick remarked.