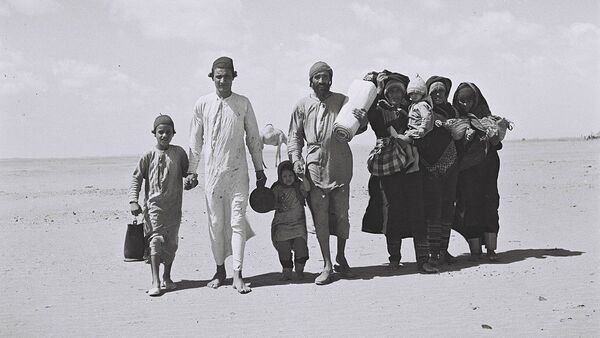 CC0 / /
Subscribe
Etti Shlomo, a Jewish refugee from Egypt doesn't hold grudges, nor does she look back at the property and life she left behind in Cairo. But after immigrating to Israel in 1950 and establishing a new life there, she does feel that Jews were treated unfairly.

The 20th of June marks international refugee day honouring 25.9 million people around the world, who have been forced to flee their homes. Many of them fled from their home towns in the Middle East, seeking refuge in Europe and the Americas.

Etti Shlomo, from the northern Israeli city of Yoqneam, also considers herself a refugee and although she now has a home, income, and stability she does remember the days when her family was living on the bare minimum, struggling to stay afloat.

She was only eight when her parents decided to flee Egypt leaving behind their comfortable and rather luxurious life in an upscale neighbourhood of Cairo.

"We had a nice house with a servant. It was a life of abundance, trips to remote places, and stability", she recalled.

In 1950 it was all gone. Shortly after the establishment of the State of Israel in 1948 and the eruption of the Independence War, anti-Jewish sentiment rose in many Arab countries of the region.

The Palmach, Immigration to Israel
CC0 / /

Egypt was no exception. Angered by the advance of Israeli forces and the losses they suffered on the ground, Egyptians started venting their anger at the Jews residing among them.

Between June to September 1948 a series of bombings that rocked Cairo's Jewish neighbourhoods killed 70 and injured more than 200 others.

Etti's family was terrified but chose to stay until one day a mob of Muslim rioters burst into her house.

"My father was at work and I was alone with my mother and the servant when suddenly men stormed our house and started breaking and throwing things around. We were upstairs, while our servant went to talk to them. She was a pious woman and yet she lied swearing in the name of her only son that the residents of the house, that is us, were not Jewish. Only then they left, causing major damage to our property".

It was then that Etti's parents decided to leave. But declaring their true intention was dangerous so the family decided to tell their neighbours and acquaintances that they were going on a long trip abroad. Only a few people knew they would never be coming back.

"We did manage to take some items that were expensive and dear to my mother but all our property and money was left in Egypt. We knew we would never have it back but we had no other choice, as we knew a threat was looming".

In a way, she was right. Attacks on the Jewish community which in 1948 numbered some 80,000 people increased after 1952 when the Free Officers Movement came to power in Egypt expelling King Farouk and establishing the Egyptian Republic.

"Back then Jews were still not deported but once they came to power more and more people started to realise that their time was up. Many members of my family who stayed in Egypt after we left decided to leave too. Some came to Israel in 1952, others in 1954", recalled Etti.

Those who remained hoping for a better future were soon deported. In 1956, after striking a clandestine deal to seize control over the Suez Canal, expropriated by Nasser, Israel and France launched a coordinated attack on Egypt relying on some British support.

They failed to achieve their goal and Nasser, who remained in power despite their hopes, only became stronger fueling the masses with anti-western and anti-Israel rhetoric. 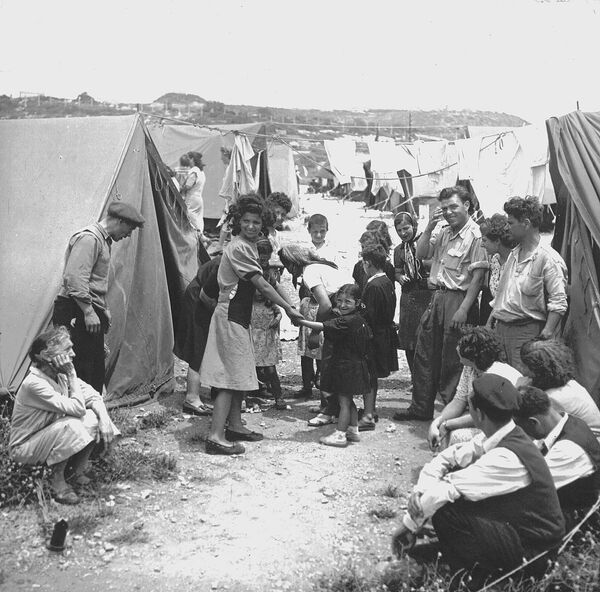 The Jews of Egypt were also under attack. In November 1956, the country's ministry of the interior required all Jews, regardless of their citizenship, to report to the government body.

Those who held foreign passports were asked to leave, while Egyptian citizens could choose between the option of deportation or a concentration camp.

Most Jews opted for the first option. All their property, estimated at roughly $2 billion, was left behind.

"We came to Israel with the mere basics. Thrown into a dirty transit camp, with little food, the move dealt a severe blow to my mother. For her it was difficult to get accustomed to such low standards but she did and eventually started helping other families who moved to the camp from other Middle Eastern countries".

Etti's family has never asked for compensation for the life they left behind even though there have been attempts by Israel to demand justice for the estimated 600,000 people who fled or were expelled from the Middle East.

One such initiative was voiced in 2006, when then-Israeli Minister of Justice Meir Shitrit conditioned the compensation of the 200,000 Palestinians who fled or were ousted from Israel during the 1948 war with an exchange for monetary reimbursement to Jewish refugees.

His and similar attempts promoted over the years have borne no fruit. 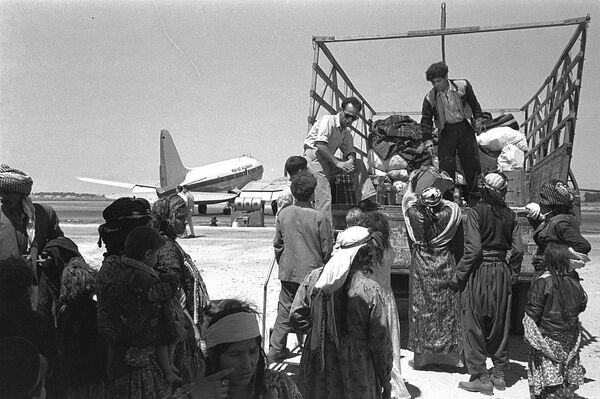 "While I certainly believe the Jewish people deserve to be compensated I don't look back. Thank God, we have managed to build a new home in Israel", said Etti.

She has never gone back to Egypt, not even after the Egyptian authorities, who spent millions of dollars on the reconstruction of Jewish sites such as synagogues and cemeteries welcomed a delegation of 180 Jews who were born and raised in the country but were forced to leave in the 1950s.

"I am curious to see how things have changed there. But I know that Egypt is no longer harbouring the glory and abundance of the past, not after what they have done to the Jewish people".