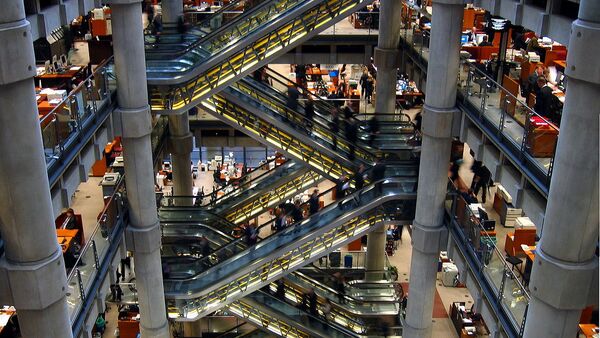 African American George Floyd's death at the hands of police in Minneapolis, Minnesota has sparked a worldwide movement against police brutality and social injustice. However, many of the protests subsequently turned into riots complete with violence against police and civilians and acts of vandalism, arson, and looting.

Lloyd's of London, one of the world's biggest insurance firms, has apologised for its role in the Atlantic slave trade during the 18th and 19th centuries.

"We are sorry for the role played by the Lloyd’s market in the eighteenth and nineteenth century slave trade - an appalling and shameful period of English history, as well as our own", Lloyd's said in a statment.

"Recent events have shone a spotlight on the inequality that black people have experienced over many years as a result of systematic and structural racism that has existed in many aspects of society and unleashed difficult conversations that were long overdue", company said.

Protesters took to the streets in the United States and numerous countries throughout the world after the death of African American man George Floyd in Minneapolis on 25 May. A video of Floyd’s arrest posted online shows an officer pressing on the his neck for at least eight minutes while Floyd repeatedly said he could not breathe. George Floyd later died in hospital.

However, many of the protests have turned into riots complete with violence against police and civilians as well as with acts of vandalism, arson, and looting.