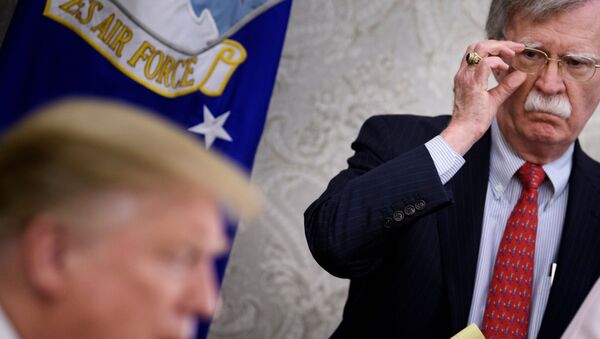 MOSCOW (Sputnik) - The Kremlin has not yet read the book by ex-US National Security Advisor John Bolton, spokesman Dmitry Peskov said on Thursday, when asked about the Kremlin's stand on the published fragments, particularly those on talks between US President Donald Trump and Russian President Vladimir Putin.

"We have not yet had an opportunity to read Bolton's book", Peskov said.

US media released on Wednesday the first extracts from the forthcoming book "The Room Where It Happened: A White House Memoir." Trump, described in the book as a person easily manipulated by foreign leaders, lashed out at his former adviser, calling him a "disgruntled boring fool."

​In particular, the Wall Street Journal reported, citing the book, that Trump decided to soften his stand on Venezuela sanctions following talks with Putin back in 2019.

Bolton, who served as national security adviser from April 2018, was ousted by Trump in September 2019, following a tenure characterized by his opposition to the president’s efforts to negotiate with North Korea and later with Iran and an unsuccessful effort to force Venezuelan President Nicolas Maduro out of office.