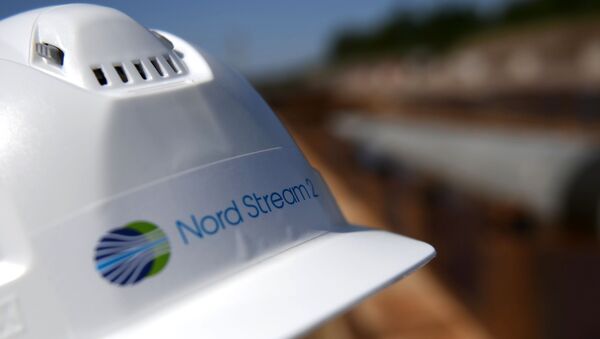 “This is protectionism in its pure form and interference in the affairs of independent and sovereign states by a third party. This [Nord Stream 2] is a purely commercial project, which is aimed at bringing energy to the population of Europe and aimed at increasing the efficiency of gas transportation … More importantly, it is a project that promotes environmental benefits and reducing the climate footprint,” Novak said at a videoconference, held by the Bloomberg media outlet.

At the same time, Bloomberg has reported that the Trump administration was on board with the idea of new sanctions on the Russian-European project.

On OPEC Deal and US Oil Production

Russia responsibly implements its obligations under the OPEC+ deal and has almost reached a 100 percent compliance with the oil cuts, Novak stated.

"Russia treats its obligations very responsibly, and for the first time, unlike previously, has almost immediately reached 100 percent indicators on slashing the oil output meaning the ones under the agreements and quotas, " Novak said at a videoconference, held by Bloomberg media outlet.

"Our companies have complied with the deal almost by 100 percent, are close to 100 percent in May, and in June we intend to fully comply with the deal, " the minister added.

Russia has never aimed to suffocate the US shale oil production, which has greatly suffered earlier this year in light of the falling demand and the failure of the OPEC+ to cut the oil production in March, the minister stated.

America's Top Oil Rivals Russia and Saudi Arabia May Have Just Saved US Shale: Here's Why
"There was never any goal to target any specific producers or any specific types of resources," Novak said at a videoconference, held by the Bloomberg media outlet, when asked whether Russia aimed to impact the US producers during the energy crisis.

Some experts believe that Russia and Saudi Arabia wanted to suffocate the US shale oil earlier this year when they failed to extend the oil cut agreement, while Riyadh flooded the market with cheap oil, which greatly impacted the profitability of the costly US shale oil production.