Indian PM Orders to Stock Up War Reserves, Deployment of Assets After Violent Face-Off With China 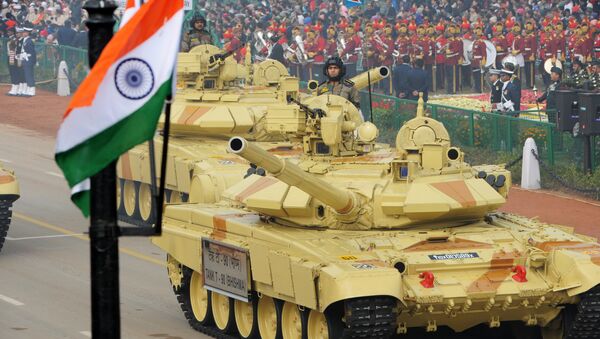 New Delhi (Sputnik): Amid simmering tensions along the Line of Actual Control, unprecedented border clashes erupted between India and China in the Galwan Valley in eastern Ladakh on Monday night. The face-off led to casualties and injuries on both the sides.

In a high-level meeting chaired by Prime Minister Narendra Modi last night, the nation's armed forces have been given additional power to stock up war reserves. A green light has also been given to the Indian Navy to deploy its assets in the Strait of Malacca region where it can counter Chinese warships. The Strait of Malacca is one of the world's major maritime choke-points and a primary shipping route for Chinese vessels.

According to sources, a call for coordination has been made for the three services - Army, Navy, and Air Force - to prioritise the requirements, where necessary. Similarly, Air Force assets, which includes over 100 fighter jets, have also been asked to move up to forward locations.

Sources added that the forces are operationally ready for intensive fighting but the order to stock up ammunition reserves is for more than a 20-day war.

The development comes after a brutal face-off the Galwan Valley in which 20 Indian soldiers including an officer were killed, while on Wednesday army sources said that four others are also in critical condition.

"The loss of soldiers in Galwan is deeply disturbing and painful. Our soldiers displayed exemplary courage and valour in the line of duty and sacrificed their lives in the highest traditions of the Indian Army. The nation will never forget their bravery and sacrifice. My heart goes out to the families of the fallen soldiers. The nation stand shoulder to shoulder with them in this difficult hour. We are proud of the bravery and courage of India’s bravehearts", Indian Defence Minister Rajnath Singh said in a Wednesday statement.

“Satellite images indicate at least one if not two combined arms brigades are present at the valley. Build up minimum on 14 May while it has been increasing since then", he observed.

Meanwhile, in response to the border clashes between India and China, the US State Department said, “We are closely monitoring the situation between Indian and Chinese forces along the Line of Actual Control. We note the Indian military has announced that 20 soldiers have died, and we offer our condolences to their families".

Stating that both nuclear-armed giants are willing to de-escalate the tensions, the United States offered support for a peaceful resolution.

During the fresh face-off between troops in the Ladakh region along the loosely demarcated Line of Actual Control (LAC), the de facto border accepted by India and China in 1993, nearly 20 Indian soldiers were killed. Casualties have also been reported on the Chinese side.

While Indian Prime Minister Modi is yet to respond to the development, the foreign ministries of India and China have accused each other of violating their commitments made during army commander-level talks on 6 June.