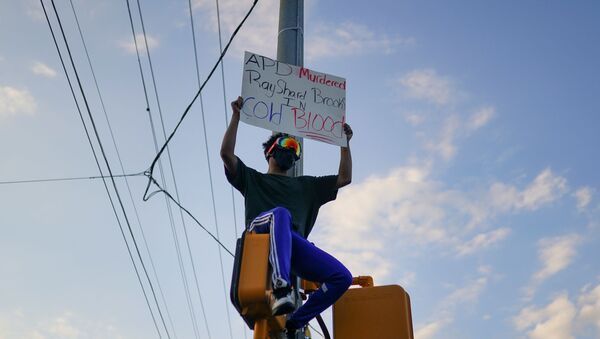 After shooting and killing Rayshard Brooks in a drive-through line of a fast-food restaurant on 12 June, former police officer Garrett Rolfe has been fired and his counterpart has been downgraded to paid administrative duties.

The family of Rayshard Brooks is holding a press conference Wednesday reacting to charges against the police officer who shot Brooks, with the victim's widow, Tomika Miller, and other family members expected to attend.

Rolfe shot Brooks at a fast-food restaurant drive-through line on 12 June in Georgia, Atlanta. According to police, Brooks had been asleep and intoxicated in his car, and started an altercation with police officers, then grabbed a Taser from one of the officers and attempted to flee. His death has further fueled Black Lives Matter demonstrations against racism and police brutality, as protesters, outraged by the incident, set fire to the restaurant on Sunday.