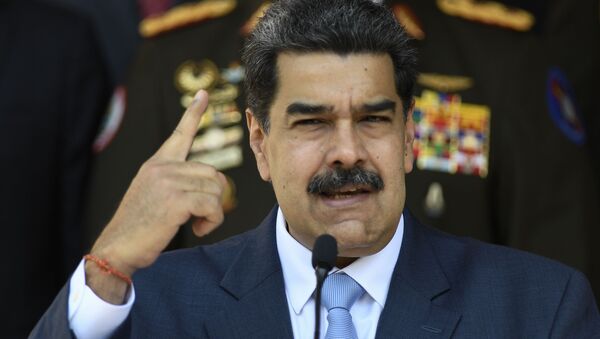 Oleg Burunov
All materialsWrite to the author
On Tuesday, the European Council lambasted a decision by the Supreme Court of Venezuela to reshuffle the composition of the country’s National Electoral Council (CNE) by expelling opposition parties from the body.

The warning came during a Tuesday meeting with the United Socialist Party of Venezuela (PSUV), of which he is a supporter, as Maduro dwelled on the forthcoming elections to Venezuela’s National Assembly.

“[…] I have made a statement to the EU: worry about the coronavirus, racism in the EU, and the economic crisis. Don't mess with Venezuela anymore. [Stay] away from Venezuela, European Union, enough of your colonialist point of view!”, Maduro said.

He recalled that “Venezuela is not a backyard”, adding, “let the EU go away; I will not say where because this is children’s time [for TV broadcasting], go to hell, to put it mildly”. 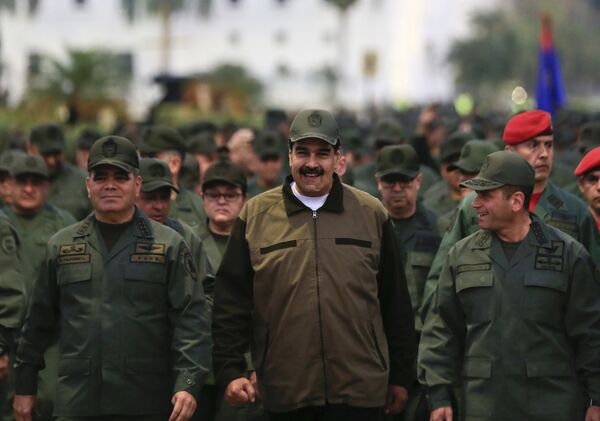 Maduro spoke after the EU’s European Council earlier on Tuesday condemned a decision by the Supreme Court of Venezuela to reshuffle the composition of the country’s National Electoral Council (CNE).

The European Council claimed in a statement that similar decisions “reduce the democratic space in the country to a minimum and create additional obstacles to the resolution of the profound political crisis in Venezuela”.

The council urged the Venezuelan government and the country’s opposition “to engage in meaningful and inclusive negotiations towards the constitution of the CNE and the lifting of bans on opposition parties”.

According to the statement, “all national actors should go back to the negotiating table, in the interest of all Venezuelans, at a time when a complex humanitarian situation adds to the political crisis” in the South American country.

Venezuela has been embroiled in a political standoff since Nicolas Maduro was sworn in as president after his re-election in 2018.

This was followed by opposition leader Juan Guaido’s move to illegally proclaim himself the interim head of state, with Western nations, led by the US, announcing their recognition of Guaido. Maduro, for his part, dubbed Guaido a US puppet as Russia, China, Turkey and several other countries supported Maduro as the only legitimate president of Venezuela.