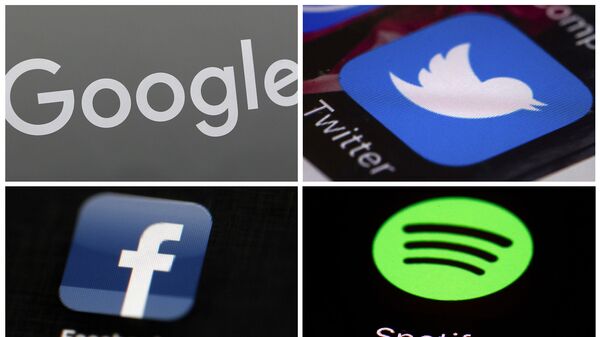 Tim Korso
All materials
While tech giants continue to insist that their actions are guided by universal rulebooks not targeting specific world, political, or ideological views, conservative speakers have wound up being the majority of those who have been silenced by these platforms.

This week has been marked by a new episode of Internet companies selectively blocking voices largely described as conservative for their allegedly offensive coverage of the Black Lives Matter movement – this time, Zero Hedge and The Federalist online media outlets.

One of the websites, The Federalist, described Google's move to strip it of ad revenue as "a pretty terrifying example of the power that you have of the unholy union of corrupt media and monopolistic tech oligarchs", referring to the fact that the ban came as the result of a request from NBC News. The Federalist had to remove the comment section on its website in order to return to good standing with the Internet giant. Zero Hedge, in turn, described the situation as another attempt at the "targeting of inconvenient media outlets".

The two websites are not the only conservative-leaning voices that have suffered from tech companies' unilateral policing decisions. In fact, conservative speakers and websites constitute a major portion of the content creators banned by Internet companies in recent years. Here is a short list of prominent speakers whose ideas have violated the arbitrary terms of use of such companies enough for the firms to ignore the basic right of "freedom of speech".

A prominent British critic of Islam and activist exposing the dark side of the open-doors immigration policy, Robinson has also fallen victim to the Internet companies' purges. He was banned from Twitter in 2018 for alleged "hateful" conduct. Tommy Robinson, in turn, suggested that the ban was linked to his revelations in grooming gang cases in the UK in which the offenders were predominantly Muslim. 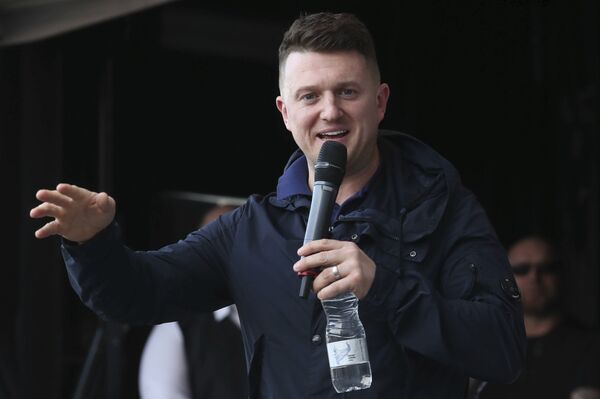 The UK activist has long been in conflict with the British justice system over the freedom to speak the truth, spending several months in jail for this. He ultimately lost his struggle for freedom of speech with Twitter.

Political commentator and former editor at Breitbart News Milo Yiannopoulos is well known for being a strong critic of Islam, feminism, and social justice warriors. Yiannopoulos' first loss was his Twitter page, which was suspended indefinitely in July 2016 for his purported online harassment of African-American actress Leslie Jones over her role in a reboot of the popular Ghostbusters franchise. 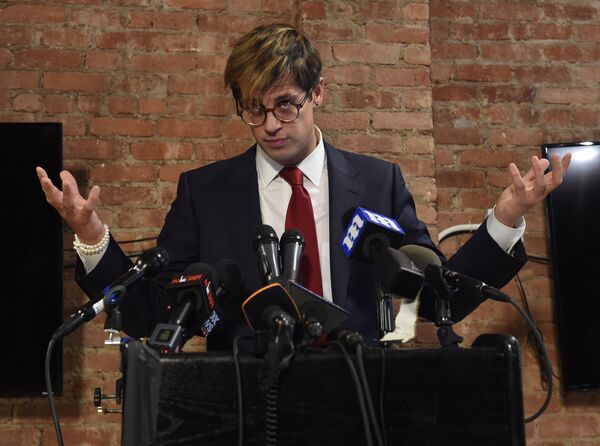 Later, in 2018, the crowdfunding website Patreon abruptly cut off his campaign for a "magnificent 2019 comeback". Instead of a comeback, Yiannopoulos lost one of the last remaining platforms where he was able to speak out on prominent issues, as Facebook blocked his page in May 2019 amid a wave of bans by the social media platform under the pretext of combatting "individuals or organizations that promote or engage in violence and hate, regardless of ideology".

Not all of the bans on conservative speakers have been long-lasting, however. James O’Keefe's Project Veritas has stated that its goal is to "uncover supposed liberal bias and corruption" and has published numerous documents revealing undue conduct on the part of Internet companies.

His Twitter account was suspended in 2020, albeit only for a short period of time, for allegedly posting private information there. In fact, the tweet in question linked to the page of a staffer for Bernie Sanders' 2020 presidential campaign, which was publicly available online. O’Keefe's page has since been successfully unbanned.

If anyone could be considered as the most ostracised person by Internet companies, it would be Alex Jones and his InfoWars website. Being widely condemned by the mainstream media as a conspiracy theorist who promotes dangerous ideas, Jones lost nearly all of his platforms in 2018: Facebook, iTunes, YouTube, Spotify, Pinterest, and LinkedIn either removed his content or outright blocked him. His InfoWars mobile app was also removed first from the Apple Store and then, in 2020, from the Google Play Store. Jones was among the conservative speakers who were mummed in Facebook's purge of "dangerous" people in 2018.

UK media personality and columnist Katie Hopkins, who is also often described as a right-leaning commentator, was suspended from Twitter in January 2020 over accusations of "incitement to racial hatred".

White girl beaten by black gang of 8 (Sudanese?) in train for being the wrong colour.

Because she is white the media & police look the other way.

The ban came in response to a tweet posted in 2019 that was directed at black British singer Stormzy in which she tried to prove a point that white people exist in the UK as if they were a "minority with no rights" and were being put at the "back of the line". However, the social media giant at the time did not regard it as an argument or discussion that is commonplace in countries that value freedom of speech, but rather as "hate speech" on Hopkins' part.

If Katie Hopkins’ latest tweets on Stormzy don’t constitute incitement to racial hatred I really don’t know what does. She is a criminal. @Twitter needs to act... pic.twitter.com/CbUO5CGl48

The scale of the apparent campaign to mute conservative voices extends well beyond just these five names. As leaks by a Google whistleblower from August 2019 suggest, Internet giants could have entire blacklists filled with conservative websites that are silently excluded from search results.

Zachary Vorhies, a senior software engineer at Google, revealed last year that Android's "Google Now" search results are filtered through a list containing dozens of addresses, many of them right-leaning websites, such as The National Enquirer, People’s Pundit Daily, and The Gateway Pundit. These websites were never notified of being on Google's blacklist, leaked to the media by Vorhies, and may have been unaware of it for years.

In light of this, the efforts of US President Donald Trump and Republican lawmakers to increase the accountability of social media platforms for their "censorship" activities come as no surprise. Trump has accused social media companies of being biased against certain political and ideological stances while also having "unchecked power" over content, signing an executive order removing the companies' protection from liability for censoring the content on their platforms.