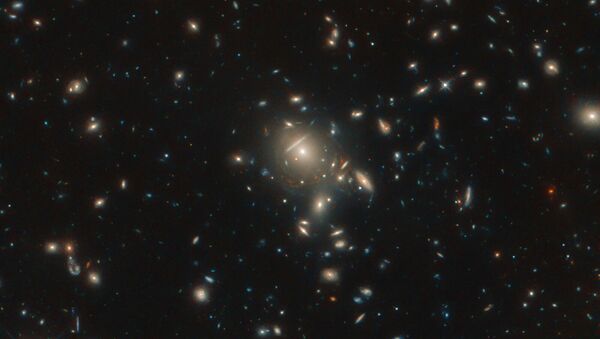 © Photo : ESA/Hubble & NASA, B. Frye
Subscribe
Albert Einstein was first to set out the conditions for gravitational lensing, which conventionally occurs on a path between Earth and a distant light source passing through a sizeable distribution of matter.

The NASA/ESA Hubble Space Telescope has now captured in minute detail a starburst galaxy formally known as PLCK G045.1+61.1. In the image, it looks like multiple reddish dots clinging towards the centre of it and is being gravitationally lensed by a whole cluster of neighbouring galaxies, which can also be observed in the picture.

Gravitational lensing occurs when a massive bulk of matter, like a galaxy cluster, sits between Earth and a distant light source. As space is warped by massive objects, the light from the distant object bends as it travels to us, in an effect first predicted by Einstein’s general theory of relativity.

Our galaxy hides no fewer mysteries, though, despite being much more thoroughly studied. For instance, a newly unveiled method for assessing the likelihood of life in distant galactic corners, other than Earth, gives scientists a glimmer of hope that new life forms could indeed be spotted one day, as follows from a search project published in the Astrophysical Journal.

The method has yielded inspiring conclusions, claiming there should be at least 36 advanced civilisations that could in theory transmit communication signals in the Milky Way, with the number potentially going up, commented astrophysicist Christopher Conselice from the University of Nottingham in the UK.

These estimates of evolution “on the cosmic scale” have been referred to as “the Astrobiological Copernican Limit”, a whole scale of diverse calculations based on criteria outlined by the research team

For the weakest limit, given that the team assumed that intelligent life arises wherever possible, including on rocky planets, an estimate of tens of billions of potential habitats is highly plausible, it has been suggested. It's extremely unlikely, though, that intelligent life would actually arise in each of these instances.

So, as a key - and really big - assumption sounds, it takes around five billion years for intelligent life to emerge and somehow evolve on other planets, as it does on Earth, but life is deemed as probable. Another is that a technological civilisation will last at least 100 years, as ours has. After all, it took 4.5 billion years of evolution before a technological civilisation arose on Earth and learned how to communicate signals. 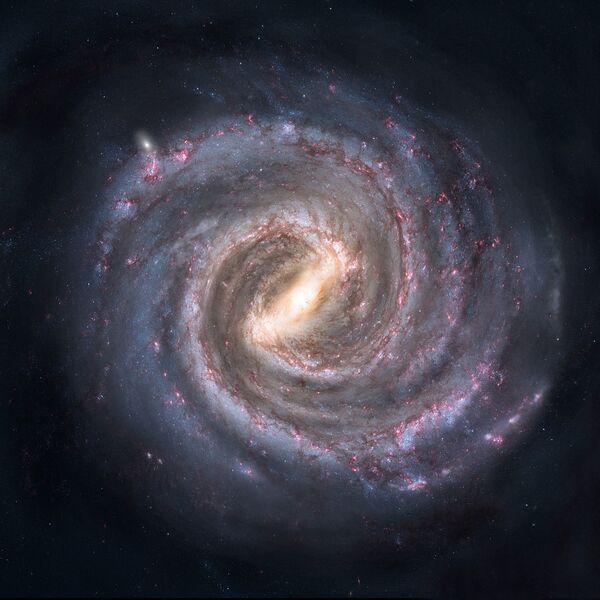 The method takes into account such criteria as star formation histories, how common metal-rich stars are (like the Sun) and the likelihood of their planets harbouring life on their crust, the Milky Way, home to our Solar System, is estimated to have 100 billion to 400 billion stars, and roughly one exoplanet per star in our galaxy.

“Searches for extraterrestrial intelligent civilisations not only reveals the existence of how life itself forms, but also gives us clues about how long our own civilisation will last", said Conselice, noting that if intelligent life is found common then this would mean that our civilisation could exist for “much longer than a few hundred years".

The absence of signs of civilised life would be, conversely, a bad sign, revealing that life on Earth won’t survive long.