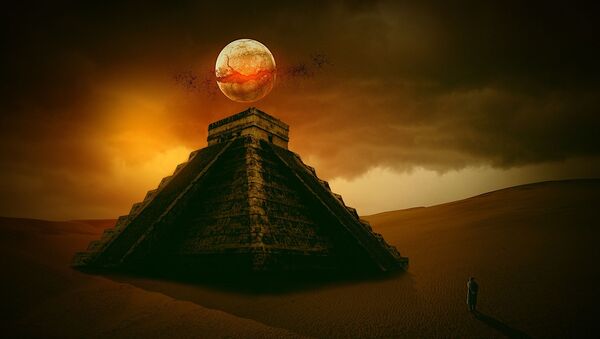 It seems like this year can’t get any worse. From climate change to a coronavirus pandemic to increased global tensions, what else could go wrong? Don't ask, because conspiracy theorists always have an answer, and it seems that, according to them, you may want to make the most of this upcoming week.

A new interpretation of the Mayan calendar has been circulating now and, according to the re-imagined scenario, the world will now end on 21 June (if we go by the Julian calendar). The UK media bastion The Sun attributes this claim to scientist and Fulbright scholar Paolo Tagaloguin, who tweeted: "Following the Julian Calendar, we are technically in 2012. The number of days lost in a year due to the shift into Georgian Calendar is 11 days… For 268 years using the Georgian Calendar (1752-2020) times 11 days = 2,948 days. 2,948/365 days (per year) = 8 years."

In his tweet, Tagaloguin referred to the year 2012 when, according to earlier - and, as we now see, incorrect - interpretations of the Mayan calendar, the world, according to wild-eyed theorists, was supposed to end.

The world apocalypse on 21 December 2012 was the result of a rumour that Nibiru, a purported planet said to have been discovered by ancient Sumerians, would crash into the Earth on 2003, but, as we can see, nothing happened. Following that threat, the apocalypse was postponed until 2012 and linked to the 2012 winter solstice, supposedly in a cycle in an ancient Mayan calendar.

Elizabeth Graham, professor of mesoamerican archaeology at the University College London, UK, has noted that the Mayan civilization never predicted an apocalypse of any kind or any world end. Instead, the Mayan calendar marks the end of a major 144,000-day calendrical cycle called "baktun".

"The Maya did not count by what we call 'years'. They used only days. So figuring out equivalents by assuming the Maya calculated 'years' isn’t going to work", Graham explained to Newsweek.

Some Mayan cycles resemble ours, for example, one lasts exactly 360 days, which is, well, similar to our calendar year. According to Graham, however, it is one of the reasons people sometimes mistakenly speak about Maya calendar 'years'.