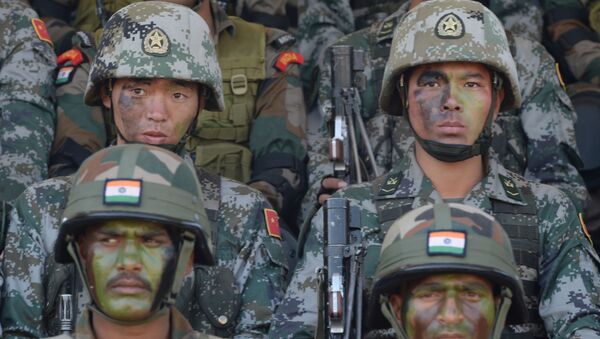 Aakriti Sharma
Sputnik correspondent
All materialsWrite to the author
New Delhi (Sputnik): On Tuesday, India reported the first combat fatalities along the Line of Actual Control since 1975, announcing that three Indian Army personnel were killed in a violent face-off with Chinese troops in eastern Ladakh’s Galwan Valley.

Diplomats and army commanders from India and China have been involved in several rounds of talks for over a month to de-escalate the build up along the border but to no positive outcome. Last week, New Delhi and Beijing had reportedly decided to disengage at multiple points but it was not carried out in the conflict sites — Pangong Tso and Galwan Valley.

Following the fresh violent face-off on Monday night which resulted in the death of three Indian Army personnel, tensions are poised to flare up as the Chinese forces have not left the so-called finger points of Pangong Tso, which was a key demand from the Indian side, as per Bali R. Deepak, Professor at the Centre of Chinese and Southeast Asian Studies at Jawaharlal Nehru University.

“This is a serious escalation pointing to the fact that China wants to ‘hold on’ to the positions it has advanced in, implying that it is not in favour of restoring the status quo ante and India is refusing to accept China’s tactics of two steps forward and one step back. If this remains the situation, we are heading for a hot border on our northern side too, a very serious situation indeed since 1962", Bali R. Deepak told Sputnik.

While recalling past incidents, the professor suggested that there's an "alarming pattern" where China encroaches upon a small territory and manages to keep part of it following negotiations. Following the 72-day Doklam standoff, after troops from both the sides were withdrawn, Beijing reportedly stationed its soldiers in the rest of the Valley by building 36 structures, three helipads, and a number of metal tarred roads. 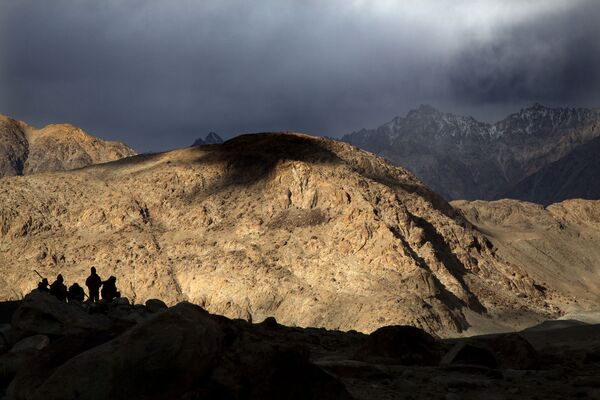 A similar example is from 2013 when Chinese troops camped 30km southeast of Daulat Beg Oldie in the Aksai Chin area of Ladakh. India protested the move but China denied a border issue, stating that their forces did not cross what they perceived the Line of Actual Control (LAC) to be. India had to demolish its observation posts and bunkers in the Chumar sector to end the standoff.

In the current dispute in Ladakh’s Pangong Tso, different parts of the lake are marked - from finger 1 to finger 8 - where India claims the Line of Actual Control passes near finger 8. Currently, Chinese troops have camped up to finger 4, which China claims as its side of boundary.

What's The Way Out?

After violent clashes in the Ladakh region and Sikkim sector in May and several rounds of military and diplomatic talks throughout the month, altercations among troops from the Indian Army and the People's Liberation Army (PLA) resulted in the first combat fatalities along the Line of Actual Control since 1975. In 1975, four Indian soldiers on patrol were killed by Chinese forces at Tulung La in Arunachal Pradesh.

The Indian Army has said in a statement that senior military officials on both sides are meeting in the Galwan Valley to diffuse the situation. Sources in India’s Defence Ministry said Beijing asked for a meeting following the Chinese-Indian altercation as the Chinese side also suffered casualties.

Terming the casualties at the border as a major blow to the de-escalation efforts for India, strategic expert at the think tank Observer Research Foundation, Harsh Pant told Sputnik: “Military escalation may not be the way, perhaps India would like to go, given the obvious power asymmetry but diplomatically India can do much more”.

China's Military Drills Provoked by India's Expansionist Intentions on the Border, Analyst Claims
He suggested taking friends and allies around the world into confidence to confront China but expressed concern over Beijing’s statement after the altercation which puts the blame on India.

India and China share a loosely demarcated 4,057 km border from Arunachal Pradesh in northeast to Ladakh in the north. The current standoff, since the last week of April, erupted due to Beijing's objection to India's increased infrastructure development along the border with China.